For his latest contribution to the Hexie Farm CDT series, cartoonist Crazy Crab comments on the recent detention of filmmaker Du Bin as well as the ongoing house arrest of Liu Xia, wife of Nobel laureate Liu Xiaobo, and others fighting for human rights in China. The cartoon depicts the characters for “human rights” (人权). However, the character 人, or human/person, is being squashed by 权, which means rights but also power. In Crazy Crab’s words: “Like Liu Xia or Du Bin, every Chinese citizen who is fighting for his rights will face political repression. However they stand straight and never give up.”

Human, Rights by Crazy Crab of Hexie Farm for CDT: 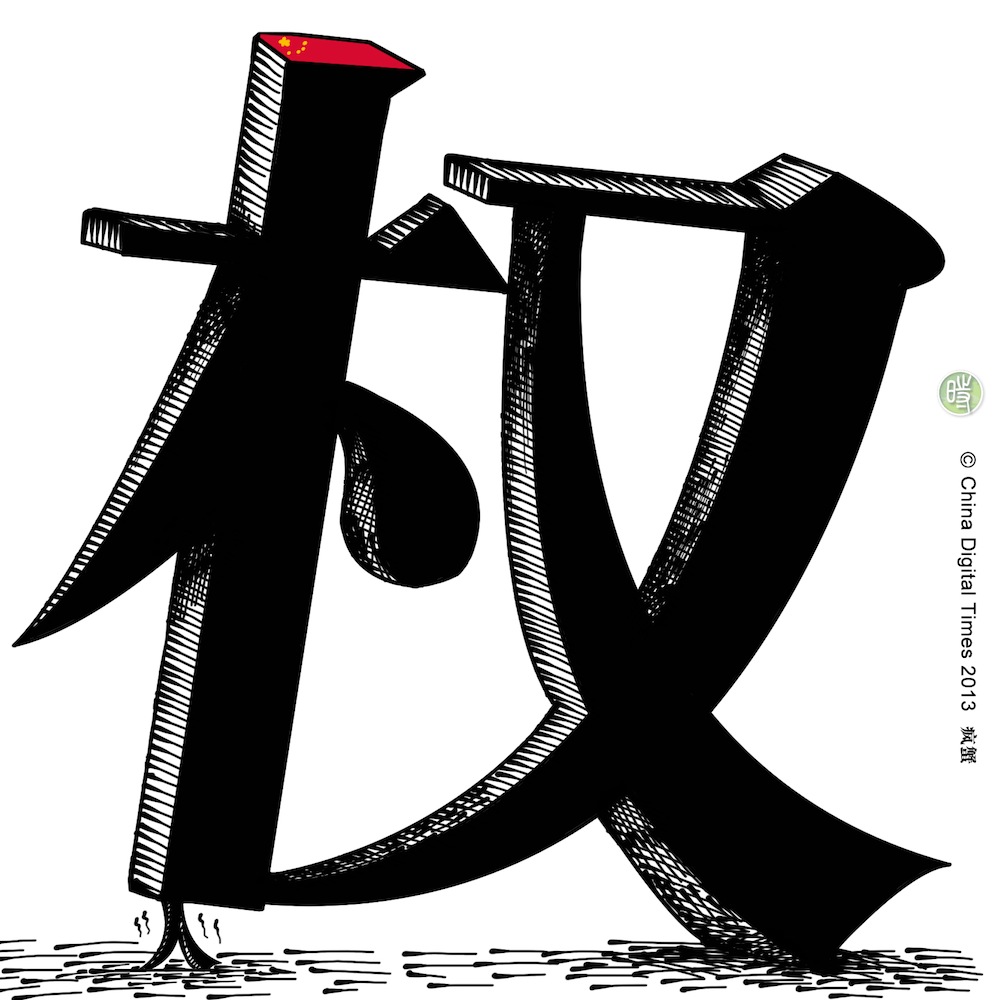