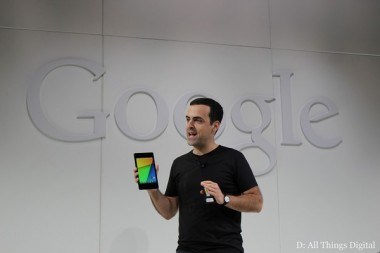 Hugo Barra, whose official title is vice president of product management for Android, has been one of the more public faces of the mobile operating system, appearing frequently at Google press events and at its annual I/O developer conference. It was Barra, for example, who showed off the Nexus 7 tablet at its recent launch in San Francisco.

Barra, sources said, is leaving for a job at Xiaomi, a fast-growing Chinese phone maker. Xiaomi, which builds Android phones for the Chinese market, prides itself not only on its high-end hardware, but also on the software it adds on top of Google’s operating system. [Source]

A New York Times article in June labeled Xiaomi “an Empire Built by Aping Apple,” a charge disputed by Tech in Asia’s Charles Custer. In any case, Xiaomi is now valued at $10 billion, while its phone sales in China surpassed Apple’s in the second quarter of this year. See more at The Next Web.

News of Barra’s move follows Taiwanese smartphone maker HTC’s announcement that it will develop a new mobile operating system focused on the Chinese market. From Eva Dou at The Wall Street Journal:

The project reflects the growing pull of Chinese buyers, as well as of China’s broader efforts to develop software to compete with that of dominant U.S. technology companies such as Google Inc. and Apple Inc. Ms. Wang has been in discussions with Chinese government officials regarding HTC’s project, the people said.

[…] HTC’s China-specific software would play into a wider Chinese government policy to encourage the development of a domestic software system to reduce reliance on Western companies. China’s technology ministry in March said the country’s mobile industry was too dependent on Google’s Android operating system and praised Chinese Internet companies Alibaba Group Holding Ltd. and Baidu Inc. that have created their own systems.

[…] Smartphones running HTC’s China OS are being tested, and some prototypes have been sent to Chinese officials, two of the people said. [Source]