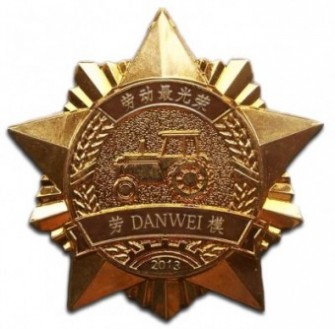 Tea Leaf Nation
Model Worker of the Year 2013 – Blogs and Websites
[…] In the last year, the site has come into its own, publishing interesting, properly edited, and well-considered pieces about Chinese online conversation, by a variety of contributors, mostly Chinese and American. The editors do a superb job of framing and contextualizing the concerns of Chinese Internet users, and reporting on new Chinese social phenomena. […]

Hu Xijin
Model Worker of the Year 2013 – Weibo
From 2005 Hu Xijin 胡锡进 has served as Editor-in-Chief of the English and Chinese editions of the Global Times 环球时报. […] Whether you agree with him or not, reading Hu’s Weibo feed is probably a better way to understand China and its problems than many of the more critical voices that make up most of our list of recommended people to follow on Weibo.

China History Podcast
Model Worker of the Year 2013 – Podcasts
Since June 2010, the inimitable Laszlo Montgomery of Claremont, California, has been telling stories from China’s past on the China History Podcast. Ranging as far back as the mythical Yellow Emperor and going right up till the rise of Xi Jinping, Montgomery’s podcast is an enjoyable and compelling way to learn about China’s long history. […] [Source]

See Danwei for the full list of Honourable Mentions and runners-up.