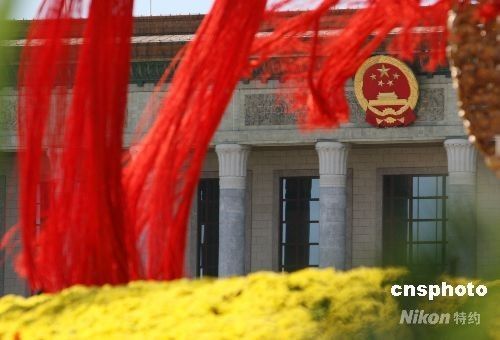 After an internal Party meeting, the third plenary session of the CCP’s 18th Central Committee will be held in November, at which leading Party officials are expected to discuss the country’s reform agenda. The Wall Street Journal reports:

[…]China has unveiled a broad outline of reforms aimed at overhauling the economy to promote more sustainable growth, and the plenary session has been seen as the place to sort out many of these details. Still, it remains unclear at this point how sweeping those reforms might ultimately be.

Among the key plans on the government’s agenda are pushing ahead with a reform of prices for resources, as well as urbanization and an easing of the household registration system that limits rural migration to the cities. Beijing also wants to move forward with financial reforms, such as allowing more market-based interest rates and easing capital controls. [Source]

The meeting will mark the third time China’s elite 200-member Central Committee has gathered since a leadership transition last year, though political reform is not expected to be a major talking point.

President Xi Jinping is likely to use his first such meeting since taking the role in March to push ahead with his agenda to reform the structure of the economy. He is looking to wean it off a heavy reliance on exports, credit and investment and towards more consumer-driven growth.

The priority is likely to be financial and tax reforms but the meeting may also discuss how to loosen the grip of the household registration, or hukou, system that constrains labour mobility and how to push land reform to help quicken urbanisation.

Some have cautioned that the reforms could face resistance from vested interests, especially state firms. [Source]

See more on economic reform or the ongoing Party debate regarding the power of China’s state-owned enterprises, via CDT.