Language and Censorship in State Media 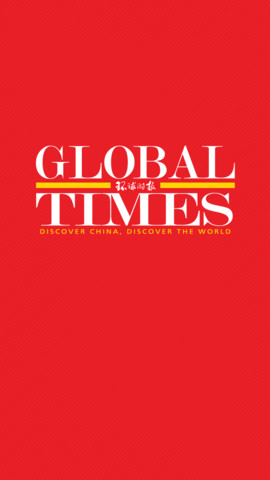 Shortly after the English-language version of the Global Times reported on censorship on Sina Weibo late last month, the piece was removed from the state-run newspaper’s website. (It can still be seen via Google Cache and Greatfire.org). The article focused on overseas China-watching organizations working to preserve censored material:

With over 500 million registered users and over 46 million daily active users, Sina Weibo is the largest and most influential social media platform in China. It has also become known as a fostering ground for discussions with a more liberal slant.

But what is not allowed to be discussed on Weibo perhaps says just as much as what can be. There are a number of projects that aim to uncover content blocked on Weibo. Most of the people behind such efforts are China watchers based overseas or foreigners living in China. While they may have different approaches and backgrounds, their efforts are successful in bringing this vanished content back to light. […] [Source]

CDT was one of the organizations named—a “remarkable plug,” as pointed out by The Economist’s James Miles.

At The Diplomat, Tyler Roney asks what might have prompted the U-turn. Drawing from information provided by “a source close to the matter inside the Global Times,” Roney notes that the article disappeared only after Kaifu Lee, last year’s “Most Influential Weibo Personality,” linked to it from his Weibo account. Roney continues to explain the relationship between social media, potential reach, and self-censorship in the Chinese media:

The article also showed that, while social media can be blocked and coerced into compliance, it also has power over China’s press: one microblog repost killed a story at one of China’s largest newspapers. This news is a bit of schadenfreude for keen observers of China’s propaganda sphere. But, retrograde censorship is not new for China’s state run papers.

“They get kudos and attention from the foreign media and it’s a mildly controversial story,” says a different source at the Global Times. “Then they’ll pull the piece down just to be on the safe side.”

[…]The self-imposed removal of the article is a staunch reminder that most censorship in China is self-inflicted and that social media, for all its faults, holds sway over the country’s completely state-run print media. GT has made its stance on censorship well-known, believing that it’s necessary and somehow also nonexistent. The paper went so far as to publish pro-censorship editorials on the Tiananmen incident anniversary this year. This, however, does not make them immune from this same censorship. [Source]

While there is no way of knowing for certain if the Global Times article would have stayed online without Kaifu Lee’s widely seen tweet, it is important to note that the article was published on the paper’s English-language outlet, and not in Chinese. The New Yorker draws attention to another example of state-media content varying across this language gap. Differences between Xinhua’s English- and Chinese-language coverage of the discovery of three dead Chinese workers in a Kabul hotel room prompted discussion on Weibo, and revealed the role of language and potential reach in determining what is reportable by China’s state media:

Chinese micro-bloggers have one more question: Why did Xinhua initially include the U.S.’s role in the missing man’s rescue only in its English-language reports? According to the agency’s original Chinese account, the man was forced into a car by unidentified Afghans, but then, in words that must have taken both the reporter and the editor some time to manicure, he “safely extricated himself from the zone of danger.” Hard stop.

Half a day after its English-language story ran, after the Weibo complaint had been shared several thousand times, including by influential academics and commentators, Xinhua added a short amendment in Chinese acknowledging the role of the American base. The discrepancy raises another question: What sort of danger did the censors think was posed by the mention of American rescuers?

[…]The tactic is telling of the censors’ strategy: it doesn’t much matter if the barrier is linguistic or digital, as long as the vast majority of readers in China remain unable to surmount the divide. The sleight of hand would remain largely indiscernible if it were not for the emergence of Weibo and a rising class of educated Chinese who, by virtue of being bilingual, are able to monitor the censors. (Two months ago, Chinese netizens voiced similar discontent over the fact that Xinhua had covered the deaths of thirty-five Uighurs in ethnic rioting in English, but not in Chinese.) [Source]