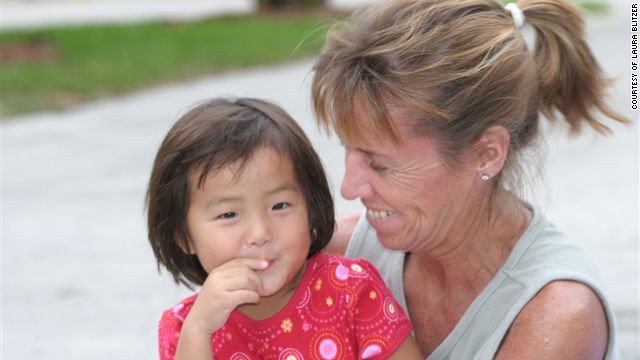 CNN World reports that overseas adoptions have declined globally in recent years due to increasingly stringent adoption policies in sending countries such as China:

After decades of steady growth, the number of international adoptions has dropped nearly 50% since 2004, despite the well-publicized explosion of adoptions from China in the 1990s, and high-profile adoptions by celebrities such as Angelina Jolie from Cambodia and Madonna from Malawi.

The decline isn’t due to fewer orphans worldwide nor waning demand from prospective parents, experts say. It is due to rising regulations and growing sentiment in countries such as Russia and China against sending orphans abroad.

The number of children finding new homes in the United States — the number one location for adopting children — fell to 8,668 in 2012 after peaking at 22,884 in 2004, according to U.S. State Department statistics. A survey by Britain’s Newcastle University of the top 23 nations that adopt children from abroad recorded 23,626 international adoptions in 2011 — down from 45,299 in 2004.

“I think it’s both a surprise that it’s been dropping, and it’s a surprise that significant forces are opposed to international adoption,” said Elizabeth Bartholet, professor of law and director of the Child Advocacy Program at Harvard Law School. With the growing forces of globalization, “why wouldn’t this be expanding?” added Bartholet, a proponent of international adoption who adopted two boy from Peru in the 1980s. [Source]

As the US remains the top receiving nation for orphans from foreign countries such as China, Megan Twohey at Reuters looks at America’s underground market for adopted children where parents advertise to re-home kids they regret adopting.

The practice is called “private re-homing,” a term typically used by owners seeking new homes for their pets. Based on solicitations posted on one of eight similar online bulletin boards, the parallels are striking.

“Born in October of 2000 – this handsome boy, ‘Rick’ was placed from India a year ago and is obedient and eager to please,” one ad for a child read.

[…] Another parent advertised a child days after bringing her to America. “We adopted an 8-year-old girl from China… Unfortunately, We are now struggling having been home for 5 days.” The parent asked that others share the ad “with anyone you think may be interested.”

Reuters analyzed 5,029 posts from a five-year period on one Internet message board, a Yahoo group. On average, a child was advertised for re-homing there once a week. Most of the children ranged in age from 6 to 14 and had been adopted from abroad – from countries such as Russia and China, Ethiopia and Ukraine. The youngest was 10 months old. [Source]

Click through to Reuters to see the full-length investigation. See also an investigative report by Charlie Custer about the links between child trafficking in China and international adoptions.

Living With Dead Hearts: The Search for China's Kidnapped Children