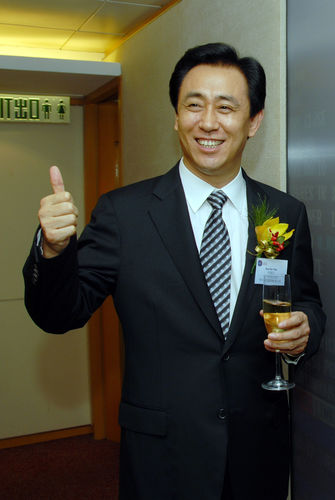 The firing of politically active professor Xia Yeliang from Peking University last October sparked much controversy and concern about the future of academic exchanges between China and the United States. In light of this controversy, The Harvard Crimson editorial board has now voiced support for the university’s continued but cautious engagement with China:

It is no secret that Harvard maintains close relationships with China and Chinese universities. Yet the recent dismissal of former economics professor and dissident Xia Yeliang from Peking University has caused American universities like Wellesley and Stanford to question ties with Beijing in the face of differing views on academic freedom. While Harvard’s ties with China are essential to a globalized education, Harvard should stand up for academic freedom and structure its partnerships with foreign universities carefully.

While Peking University has claimed that its decision to terminate Xia Yeliang’s position can be purely attributed to academic and not political reasons, there is strong reason to suspect that Xia’s outspoken and liberal politics played a role in his dismissal. Xia helped draft Charter 08, which called for major pro-democratic change. The petition’s primary author is another persecuted scholar-dissident—Nobel laureate Liu Xiaobo.  And heightened state attention in the lead-up to Xia’s firing coincided with a political social media push from Xia abroad in the U.S. As he transitions to a new position at the Cato Institute, American universities are faced with the difficult decision of whether or not to react against Peking University and China’s free speech restrictions by terminating partnerships. Harvard, as of yet, has not—and should not.

[…] Partnerships with China, a mutually advantageous relationship for China’s economy and for global-minded students, offer benefits that Harvard cannot pass up. Cutting ties will solve little—but will isolate academic populations and curb the longer-term idea exchange that fosters real progress. Still, in the wake of Xia’s dismissal, we must proceed with heightened awareness for the academic values Harvard as an institution stands for. [Source]

The editorial comes as Brigham and Women’s hospital is “considering a proposal from real estate billionaire Hui Ka Yan to become the first Harvard-University affiliated hospital to expand to China.” Bloomberg reports:

Two days later, on Dec. 4, Evergrande published another statement describing an agreement with Harvard that was reached on Dec. 2 to establish a hospital. The statement, which refers to “Harvard Brigham Hospital,” is accompanied by photos of Brigham and Women’s President Elizabeth Nabel.

“Harvard University and Evergrande Group jointly declared their formal signing of cooperation agreement,” according to the company’s statement. “Today, a major cooperation project is publicized: Harvard will set up Harvard hospital with Evergrande in China. The two parties have reached substantial cooperation results, and is currently at the stage of choosing location for it.”

McDonough, the Brigham and Women’s spokeswoman, wouldn’t confirm that an agreement has been completed, and said Nabel hasn’t been to China to pursue the matter. While the hospital has spoken to consultants about the plan, none have been hired, she said. [Source]

While many American college professors have remained silent about exchanges with China in the face of alleged violations of academic freedom, others like retired academic Steven Levine have spearheaded a “massive letter-writing campaign” to memorialize the events of June Fourth for the upcoming 25th anniversary this year.