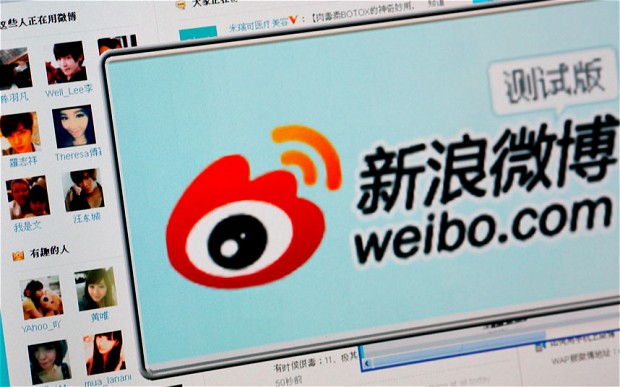 The Wall Street Journal reports on microblogging service Sina Weibo’s plan to launch an IPO in the U.S.:

Sina Corp. is aiming to raise roughly $500 million in a second-quarter U.S. initial public offering of the Twitter -like service, according to two people with direct knowledge of the deal. Sina—which is already listed in the U.S.—has hired Credit Suisse AG and Goldman Sachs Group Inc. to handle the U.S. listing, one person said. The Financial Times reported the Weibo IPO plans earlier Monday.

Along with the U.S. listing, Weibo could get a further boost from Alibaba Group Holding Ltd., the Chinese e-commerce company. People familiar with the plans of the companies told The Wall Street Journal that Alibaba is likely to increase its stake in Weibo to 30% from 18% if an IPO takes place. In April, Alibaba bought the 18% stake in Weibo from Sina for $586 million as it moved to broaden its mobile offerings.

Details of a Weibo IPO weren’t clear, but the value of Alibaba’s purchase suggests it would represent a minority stake in the business. [Source]

Since last summer, Alibaba Group, who purchased an 18% stake in Sina Weibo last year, has been considering its own IPO on Hong Kong or U.S. stock exchanges.

Talk of Sina listing Weibo shares in the U.S. comes as the company’s service—and microblogging platforms in general—are facing an uphill battle in China in the midst of an innovating social media market and a central government crackdown on online expression. According to a Chinese government report released in early January, total microblog users on all services in China fell 9% between 2012 and 2013. A separate study, focused on Sina Weibo and funded by the Telegraph, showed that use of Sina’s service may have fallen by as much as 70 percent since authorities launched a crackdown on Internet rumors and lent it legal teeth, drew up a blueprint for “building a favorable online environment,” and began arresting high-profile microbloggers .

Heavily covered by the foreign media, the challenges facing Sina at home are no secret abroad. While recent studies show the number of posts on Sina falling along with total users on Chinese microblogs, the company optimistically announced a 4% quarterly rise in active daily users yesterday, though the Financial Times notes that this is the smallest quarterly increase since Weibo’s launch. Today, Sina reported its first-ever operating profit. More from The Wall Street Journal:

China’s most popular Twitter-like microblogging service raked in more than $3 million in profits on advertising revenue of $56 million in the fourth quarter, according to Sina.

The profitability marks a rare recent positive for Weibo, which has disappointed investors with its sluggish efforts to monetize. More recently, the platform has raised concerns over its ability to continue to grow given competition from WeChat, a popular mobile messaging app in China, as well as a crackdown from the Chinese government.

[…] “We have hope [we can] continue to grow user base and engagement if we do things properly,” Mr. Chao said.

Still, the message is clear that the days of big growth for Weibo are gone. It remains to be seen whether promotions can keep Weibo strong, or whether they’re simply prolonging the popularity of a service that will shrink as users flock to WeChat. [Source]