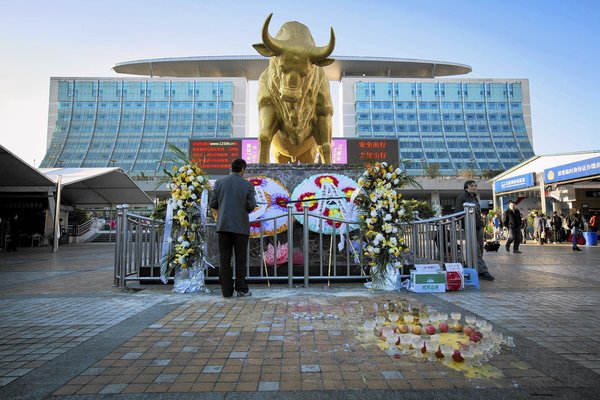 Julie Makinen reports for The Los Angeles Times on the Chinese government’s silence after the March Kunming railway knife attacks which took the lives of 29 and injured more than 140:

But by nightfall Monday, the state-run New China News Agency signaled that it was time to move on. “Kunming railway station serious violent terror case is successfully solved,” its headline said.

The public was left with just basic details, and since, there has been a deafening silence that has frustrated families of the victims. Analysts say China’s approach reflects a mix of embarrassment, self-interest and legitimate counter-terrorism strategy. At the same time, activist groups that normally would challenge authorities have their own reasons for not pushing for fuller disclosure.

[…] Whom can we ask? No one will respond,” said Yang Tao, a Beijing lawyer whose cousin, Wang Kaikai, was slain. “The government will control what’s released, and there are a lot of things they don’t want you to know.”

In contrast, families of the 153 Chinese passengers on Malaysia Airlines Flight 370, which disappeared a week after the Kunming attack, have received wall-to-wall media coverage and official attention. [Source]

See CDT’s liveblog of the attacks in Kunming.