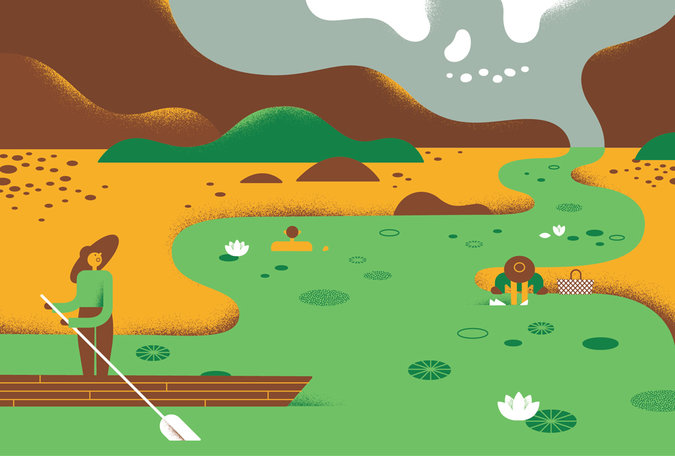 Writer Sheng Keyi reflects on her return trips home to the once “sweet and sparkling” but now “lifeless toxic expanse” that marks the factory-lined Lanxi River in Hunan Province.  From The New York Times:

Over the past few years, trips back to my home village, Huaihua Di, on the Lanxi River in Hunan Province, have been clouded by news of deaths — deaths of people I knew well. Some were still young, only in their 30s or 40s. When I returned to the village early last year, two people had just died, and a few others were dying.

My father conducted an informal survey last year of deaths in our village, which has about 1,000 people, to learn why they died and the ages of the deceased. After visiting every household over the course of two weeks, he and two village elders came up with these numbers: Over 10 years, there were 86 cases of cancer. Of these, 65 resulted in death; the rest are terminally ill. Most of their cancers are of the digestive system. In addition, there were 261 cases of snail fever, a parasitic disease, that led to two deaths.

[…] I know the illness does not just affect my village and my river. The entire country is sick, and cancer has spread to every organ of this nation. In our society, profit and G.D.P. count more than anything else. A glittering facade is the new face of China. Behind it, well-off people emigrate, people in power send their families to countries with clean water, while they themselves consume quality food and clean water through the networks that serve the privileged. Yet many ordinary people still refuse to wake up, as if they were busy digging at the soil beneath their own feet while standing on a precipice. [Source]

Read more about cancer villages and water pollution in China via CDT.