In Remembrance of Zhang Zhixin 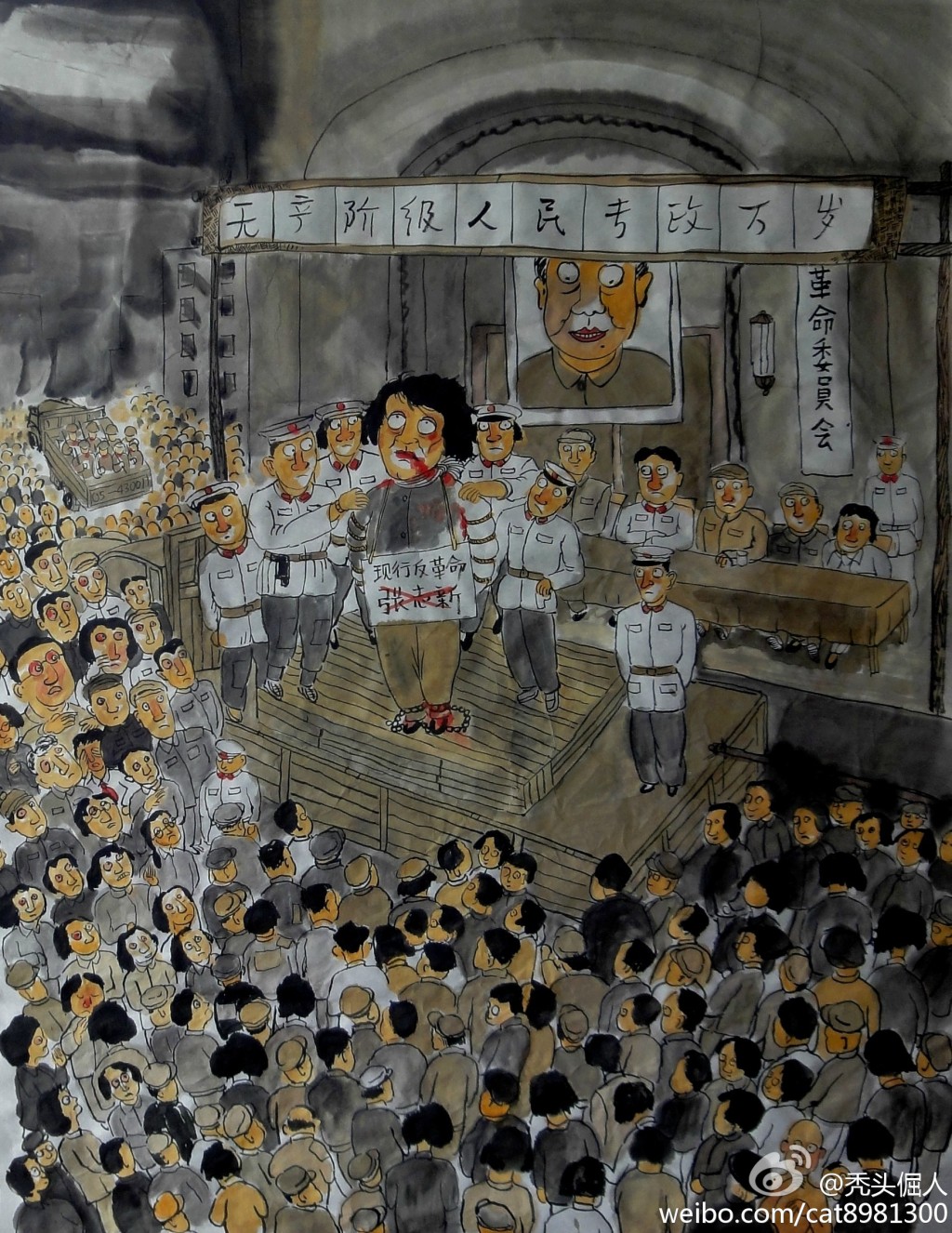 39 years ago, after spending six years in prison, proud Communist Party member Zhang Zhixin (12/5/1930 – 4/4/1975) was executed for her criticism of the personality cult of Mao and extreme leftism amid the Cultural Revolution. On the anniversary of her execution, Weibo user @秃头倔人 posted the following illustration:

@秃头倔人：Today, we commemorate Zhang Zhixin! For Maoming, for Pingdu, for Jiansanjiang! Alas, Zhixin, you placed your head on the scale of life, taking all the weight out of those heedless of humanity. For liberty, for truth, Zhixin, you feared not the dangers wrought by the fierce and cruel, and walked calmly to your execution ground! [39 years ago today, on April 4, 1975, Zhang Zhixin sacrificed her life for truth.]

Four years after her execution, Zhang Zhixin was posthumously rehabilitated as a “martyr.” @秃头倔人‘s weibo has been censored by Sina.