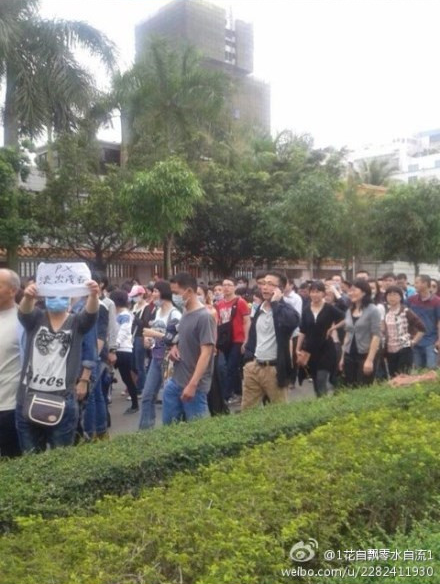 As of March 31, the following search terms are blocked on Sina Weibo (not including the “search for user” function).

Crackdown on Environmental Protest: The call to halt construction of a paraxylene (PX) processing plant in Maoming, Guangdong has been met with violent police suppression, according to online accounts.

Power Tigers Felled: On March 24, the central government announced the dismissal of Three Gorges Corporation’s chairman of the board and president, leading to speculation about an oncoming “seismic shift” in China’s energy industry [zh].