US Warns China Against Crimea-Style Action in Asia 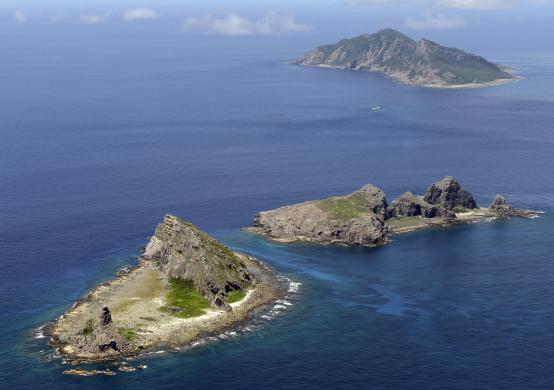 Following Crimea’s annexation by Russia and China’s relative silence regarding Russia’s involvement in Ukraine, the US voiced its position on Thursday warning China to refrain from using Crimea-style action in Asia. The US’ remark comes against the backdrop of military buildup by China in the East China Sea. Reuters reports:

Daniel Russel, President Barack Obama’s diplomatic point man for East Asia, said it was difficult to determine what China’s intentions might be, but Russia’s annexation of Crimea had heightened concerns among U.S. allies in the region about the possibility of China using force to pursue its claims.

“The net effect is to put more pressure on China to demonstrate that it remains committed to the peaceful resolution of the problems,” Russel, the U.S. assistant secretary of state for East Asia, told the Senate Foreign Relations Committee.

Russel said the retaliatory sanctions imposed on Russia by the United States, the European Union and others should have a “chilling effect on anyone in China who might contemplate the Crimea annexation as a model.”

[…] Russel added that while the United States did not take a position on rival territorial claims in East Asia, China should be in no doubt about Washington’s resolve to defend its allies if necessary. [Source]

The US has made public its commitment to support its allies in East Asia and its intention to defend Japan in the event of territorial conflict with China over the Senkaku/Diaoyu islands.

Xinhua reports that China has questioned the US’ intention regarding the warning it has issued.

China has repeatedly made its stance clear on the situation of Ukraine or the South China Sea, Foreign Ministry spokesman Hong Lei said at a daily news briefing.

“As to why the U.S. official is deliberately linking the two issues and making it a story about China, you can go and ask him,” Hong said when responding to a journalist’s question. [Source]

Meanwhile, the New York Times looks at China’s rivalry with the Philippines over the Second Thomas Shoal reef in South China Sea. The Philippines successfully outmaneuvered the Chinese Coast Guard on Sunday to resupply a stranded ship that has served as a Filipino outpost. The Philippines filed a case against China at The Hague’s arbitration tribunal over territorial disputes in the region:

The rivalry between China and the Philippines is bitter and potentially dangerous, with frequent face-offs at sea over the disputed islands and rocks. It is not hard to imagine incidents spiraling out of control. In the latest episode, a Philippine vessel on Saturday outmaneuvered the Chinese Coast Guard and resupplied a ship that has been stranded for 15 years on a tiny reef called the Second Thomas Shoal. The Philippines intentionally grounded the vessel in 1999 to stake claim to the reef, and it has since served as, effectively, a military outpost. The Chinese ships were trying to block a delivery of fresh food and troops from reaching it.

The Second Thomas Shoal is at the heart of the legal brief filed with the Permanent Court of Arbitration. It argues that the Shoal, known as Ayungin in the Philippines and Ren’ai Reef in China, is 105 nautical miles from the Philippines, well inside the 200 nautical miles of an exclusive economic zone that allows the Philippines to control and exploit the waters around the shoal under the United Nations Convention on the Law of the Sea. A ruling is expected sometime next year. [Source]