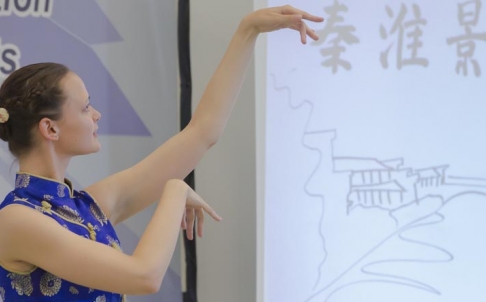 Andrea Chen at the South China Morning Post reports on a campaign by 108 professors at the University of Chicago to kick out the university’s Confucius Institute, a Beijing-affiliated language and culture center.

Arguing that the centres indirectly placed schools under Beijing’s grip, 108 professors launched a petition demanding that the University of Chicago break ties with the Confucius Institute Headquarters (Hanban), administrated by Chinese Education Ministry, when their five-year contract expires in September.

The “dubious practice” of allowing Hanban to “have a voice in the research and curriculum”, the professors wrote in the petition, has compromised the academic integrity of the university, and subject its staff members and students to Beijing’s “political constraints on free speech and belief”.

It is not the first time a Confucius Institute has come under fire in the Western academia. Last year, McMaster University in Canada shut it down after it dismissed a teacher who was revealed to be a follower of Falun Gong, which was made illegal by Beijing in 1999.

Despite this, Hanban’s influence has been growing internationally. The institute announced in Los Angeles last Thursday that it would collabourate with the US College Board, a non-profit that designs and hosts college entrance exams, to open five Confucius Institutes (CI) in colleges and 15 Confucius secondary school classrooms in nine different US states this year. [Source]

In an opinion piece this week at the university’s student newspaper, The Chicago Maroon, Tyler Kissinger and Max Samels explained the case against the Confucius Institute in more detail:

[… T]he curricula and programming put on by CIs avoid any discussion of more controversial cultural, social, and human rights issues, and it is known that instructors at some universities are trained to change the topic of discussion if and when such issues come up. The staff that works for the CI (and thus that provide Chinese language instruction at the host university) are, while ultimately selected by the University, initially recommended by Hanban. However, Hanban has been known in the past to adhere to a hiring policy illegal under American law, by prohibiting members of the spiritual movement Falun Gong “and other illegal organizations” from being candidates for a position with a CI abroad. By yielding to Hanban’s hiring policy, the University is complicit in discrimination both religious and political. In 2012, such a case resulted in McMaster University being brought before the Human Rights Tribunal of Ontario, and McMaster ultimately terminated the contract for their CI.

This is not the only incident having to do with CIs that has been problematic with regards to academic freedom. From impacting North Carolina State University officials’ decision to cancel a planned visit to that campus by the Dalai Lama, to a case where officials at Tel Aviv University shut down a student art exhibition regarding the oppression of the Falun Gong out of fear of damaging the University’s relationship with China and Hanban, elements of censorship and internal pressure to stifle the expression of certain views have manifested themselves in ways incompatible with the intellectual aims of this University. [Source]