Myanmar: Dragon at the Doorstep 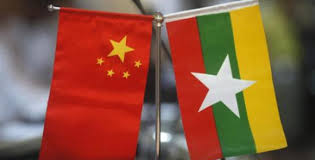 While heavily-disputed and sometimes illegal Chinese extraction projects in Myanmar contribute to festering anti-Chinese sentiment in a country adjusting to ongoing political reforms, the South China Morning Post takes a broad look at changing ties between China and its southwestern neighbor:

Four years ago, Myanmar was an isolated state ruled with an iron fist by a group of generals with no tolerance for dissent over rampant corruption and poverty.

China, along with North Korea, were among the closest the rogue state had to allies.

[…] Today, iced lattes are sold in Yangon’s trendy cafés, brand-new cars congest the city and cellphones are ubiquitous. As the generals have eased their grip on power, repression has faded.

But Beijing’s ties with the former military junta haunt its current dealings. Few have forgotten that China, as a permanent member of the UN Security Council, vetoed a resolution calling for an end to repression in Myanmar in 2007.

[…] The South China Morning Post revisits the Southeast Asian nation, investigating the enduring links between Myanmar and the giant next door. […] [Source]

Click through for the entire four-part multimedia feature, which explores how ethnic Chinese traders are cashing in on Myanmar’s new economy, opposition to a state-owned Chinese company’s plans to dam an area that would dislocate thousands, the role a Chinese-backed copper mine has played in dividing Myanmar’s opposition party, and how local reporters have been punished for looking into chemical weapons allegedly produced with help from China.

Also see a recent New York Times report from Nicholas Kristof, examining how “budding democracy seems to aggravate the […] ethnic cleansing of an unpopular minority” in Myanmar. For more on China-Myanmar relations, see prior CDT coverage.