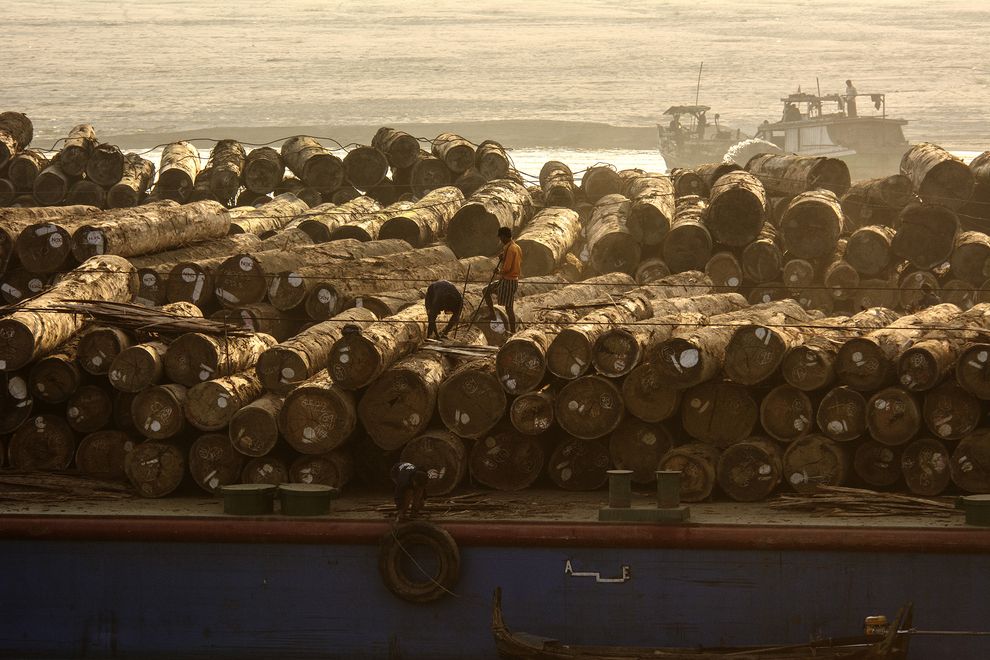 Hereward Holland of National Geographic investigates illegal logging in Myanmar, largely perpetrated by Chinese companies who exploit tense relations between the Kachin Independence Organization (KIO), which controls many of the country’s valuable hardwood forests, and the government:

In 2002, the KIO banned commercial logging in its territory and began to depend on the “taxes” levied from gold, jade smuggling, and to a lesser extent timber trafficking, he said.

Nevertheless, conservationists say that this year timber trafficking to China is at an all-time high.

“These days the illegal timber trade is happening because the Chinese businessmen log in [lowland] Burma and transport through our territory,” explained Yaw Ding, assistant director of the KIO’s economic department in Laiza. “So we just get tax.”

[…] Research by National Geographic during a ten-day trip to the area in late April 2014 supports the KIA’s claim that the timber now entering China wasn’t logged in its upland enclave. Rather, the golden teak, rosewood, and other hardwoods are felled in the Sagaing Region in northwestern Myanmar, home to some of Southeast Asia’s last remaining forests.

[…] Zau Tawng added, “As long as the political unrest exists in the country, the illegal trade will continue because they don’t have any rule of law.” [Source]

Read more about logging by China, both domestically and internationally and both legal and illegal.