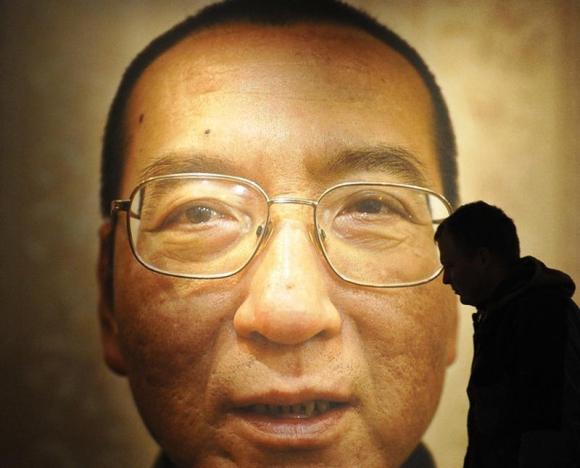 Descendants of China’s Communist founding fathers have been pushing for the early release of imprisoned Nobel laureate Liu Xiaobo, two unnamed sources tell Reuters. Liu was sentenced to 11 years in prison in 2009 for inciting subversion, and received the Nobel Peace Prize the following year. Internal discussion reportedly revolves around international criticism on human rights, with hopes for an improved image abroad weighed against fears that Liu’s freedom would give critics a potent new weapon. From Benjamin Kang Lim and Michael Martina:

[… T]he back channel push for Liu’s parole shows that a debate is taking place among leaders about damage to China’s reputation caused by his jailing. It also suggests the ruling elite are not monolithic when it comes to views on dissent.

[…] “For many princelings, the pros of freeing Liu Xiaobo outweigh the cons,” one of the sources said. “Liu Xiaobo will definitely be freed early. The question is when.”

[…] The sources declined to say how big the group of princelings was, but said most were second- or third-generation born in the 1960s or 1970s and some were close to President Xi Jinping.

“The biggest worry is hostile forces using Liu Xiaobo once he is freed,” the second source told Reuters.

[…] Liu’s lawyer, Mo Shaoping, said that any decision on releasing Liu would be political, not legal. [Source]

With the sensitive 25th anniversary of the 1989 Tiananmen crackdown approaching, Beijing has shown little general interest in soothing foreign rights concerns. Apparent efforts to suppress disharmony include the recent detentions of 70-year old journalist Gao Yu, prominent rights lawyer Pu Zhiqiang and other participants in a seminar marking the anniversary, several gay rights activists, and an artist who took part in the 1989 crackdown as a teenaged soldier. Pu’s case in particular has prompted domestic protest from celebrities, lawyers and young students alike, with a correspondingly thorough response by censors.

When the U.S. government called for the seminar participants to be released, Foreign Ministry spokesperson Hua Chunying retorted on Friday, “I want to ask the US spokesperson, what qualification does she have to demand that China’s government release Chinese people who have broken or infringed on Chinese laws and rules? We hope that the U.S. side stops these unreasonable words and deeds which interfere in China’s internal affairs and judicial sovereignty.” A pseudonymous article by Global Times editor Hu Xijin also accused Pu and others of placing their own values above the law. At China Law Translate on Tuesday, however, Yale Law School’s Jeremy Daum wrote that it was unclear exactly how they had, in Hu’s words, “crossed the red line”:

[… I]t is still unknown what conduct is alleged to have violated article 293 of the Criminal Law. Likely, it was the release to journalists of a public Statement regarding the symposium– requiring the assertion that it contains false statements. Given that the thrust of the Statement is to call for reflection on the events of 1989, it would be ironic if its authors’ trial required a detailed inquiry into the truth of their comments. [Source]