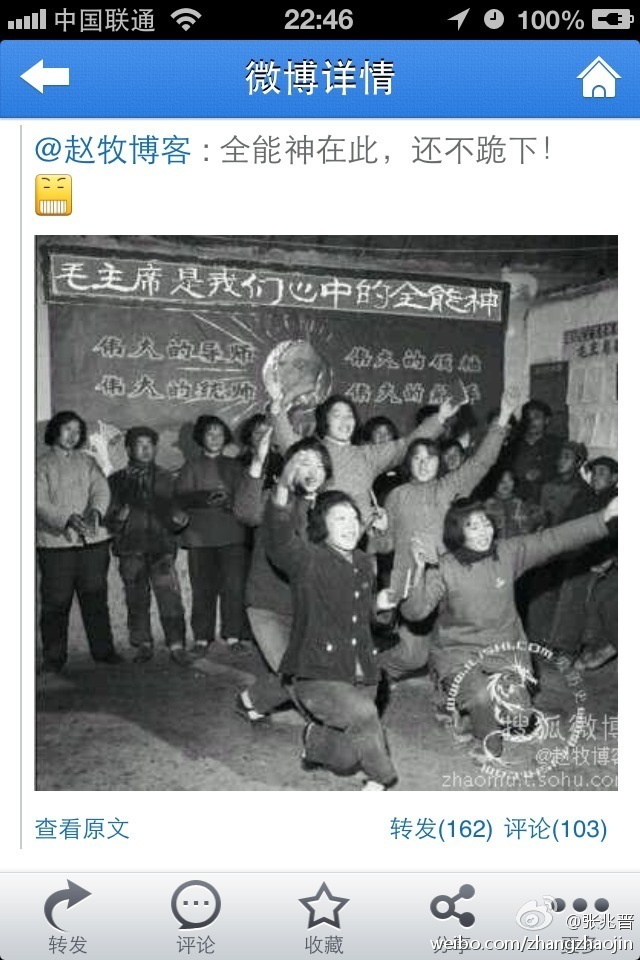 Do not report about the detention of Sohu Blog Chief Inspector [Editor] Zhao Mu because of a weibo he posted. If you have already republished relevant information, please delete it. (June 9, 2014)
搜狐博客总监赵牧因微博发帖被刑拘一事不报道，已转发有关信息的请删除。

Zhao Mu was detained on June 5th after he posted a doctored photo to Weibo. The Cultural Revolution-era shows school children in front of a blackboard with slogans praising Mao written on it. Zhao Mu’s version changed the slogan at the top of the board from “Chairman Mao is our heart’s red sun” to “Chairman Mao is our heart’s Almighty God,” alluding to the fringe religious group the “Church of the Almighty God.” Members of the group recently killed a woman at a McDonald’s when she refused to give them her phone number.