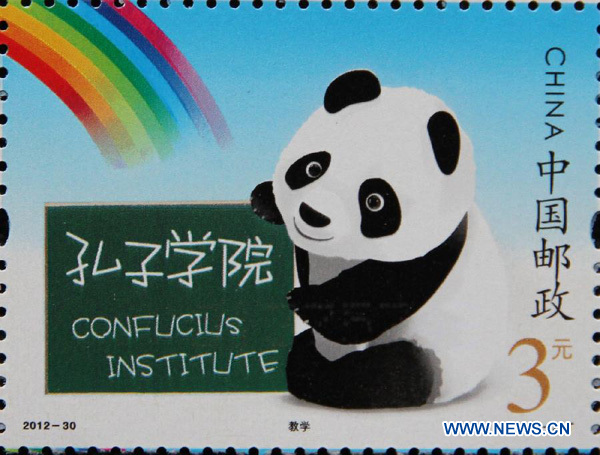 Confucius Institutes are no strangers to controversy. Affiliated with China’s Ministry of Education and hosted by schools abroad, in 2009 then propaganda chief Li Changchun called Confucius Institutes “an important part of China’s overseas propaganda setup.” The American Association of University Professors has called on US institutions to rework or abandon their contracts with Confucius Institutes, which include “nondisclosure clauses and unacceptable concessions to the political aims and practices of the government of China.”

A fresh scandal could do severe damage to the future of the Confucius Institute enterprise. Inside Higher Ed reports on the censorship of programs at last month’s European Association for Chinese Studies (EACS) conference in Portugal:

According to a detailed account posted on the EACS website, conference materials were seized and several pages removed from the conference program – including an advertisement for the Taiwan-based Chiang Ching-kuo Foundation for International Scholarly Exchange, a conference cosponsor — after the chief executive of Confucius Institute Headquarters, Xu Lin, objected to the contents.

[…] Meanwhile the abstracts and programs were not in the conference organizers’ possession. According to the account on the EACS website (which is signed by Greatrex) the Confucius Institute Headquarters consented to the distribution of the conference abstracts after the removal of the first page, on which it was stated that the volume was produced with the support of the Confucius China Studies Program, and on the condition that all funding be returned. The conference program — which the Confucius Institute had no role in funding – was distributed to conference participants on July 24th but with several pages removed: pages 15 and 16, which had information about the Confucius China Studies Program and local restaurants; pages 19-20, which included information on speakers and a book exhibition organized by the Taiwan National Central Library; and pages 59-60, which included the Chiang Ching-kuo Foundation advertisement and logos of other sponsors, as well as information on activities in the second conference location in the city of Coimbra.

When he realized that pages had been torn and knifed out, Greatrex said he directed the printing of a full-color, double-sided reprinting of the pages including the Chiang Ching-kuo Foundation advertisement, which was distributed to conference participants on the bus to Coimbra. He objected to what he perceived to be Xu’s interpretation that Confucius Institute sponsorship of the conference would mean that she “owned” the conference materials. [Source]

Roger Greatrex, president of EACS, calls the censorship of conference materials “totally unacceptable.” The incident could have effects beyond education, particularly in relations with Taiwan. “The EACS owes us an explanation. It not only hurt our foundation, but also the nation as a whole,” a Chiang Ching-kuo Foundation executive told the Taipei Times.

Anger and disappointment resound in the recommended Weibo search results for “Hanban,” the abbreviated name of the office of the Ministry of Education which overseas Confucius Institutes. “This time Hanban has completely disgraced China,” writes 蔡源PYC. More Weibo commentary:

张鸣: Insiders say that Hanban is the Chinese government agency loved most by all those domestic and foreign culture charlatans. Don’t know if the people there are dumb or not, but they surely have a lot of money and are easily duped.

覃里雯: Many people are shocked that the director of Hanban could do something as horrible as tearing out the pages introducing the Chiang Ching-kuo Foundation from the EACS conference program. I gave it a lot of thought, and realized she  had to tear it out. If she didn’t and someone told on her, she could lose her job. Tearing out the pages, on the other hand, makes her a hero in the system. The EACS has always been soft. It can’t make it a big deal anyway. If you use this logic, you’ll understand it… Everything will make sense…

容克地主-1989微博达人: I’m afraid this director of Hanban can’t even recognize traditional Chinese characters… Such a shame… A bureaucrat who  only cares about politics, not culture…

钟宜霖: Confucius Institutes have always been a joke. Mao completely condemned Confucius, yet that trash is now being picked up and made to be a treasure and being propagated around the world.

Read more netizen discussion of the controversy at CDT Chinese. ChinaFile hosted an extensive debate about Confucius Institutes this summer.