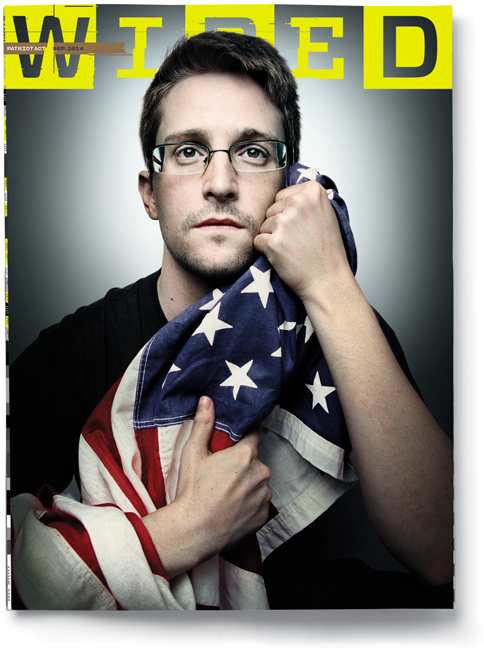 Since former NSA contractor Edward Snowden leaked his trove of U.S. surveillance secrets last year, some of his milder critics have argued that while uncovering domestic spying was legitimate, he crossed a line by revealing espionage aimed at China and other foreign powers. Political and commercial fallout has only fueled arguments that these leaks were a distraction at best, and treasonous at worst.

An extensive new interview with James Bamford at Wired indicates that the NSA’s activities against China were central to Snowden’s decision to blow the whistle. Overreaching and potentially disastrous efforts to detect and combat Chinese cyberattacks, he suggests, were fundamentally entangled with mass surveillance of Americans.

Much of Snowden’s focus while working for Booz Allen was analyzing potential cyberattacks from China. His targets included institutions normally considered outside the military’s purview. He thought the work was overstepping the intelligence agency’s mandate. “It’s no secret that we hack China very aggressively,” he says. “But we’ve crossed lines. We’re hacking universities and hospitals and wholly civilian infrastructure rather than actual government targets and military targets. And that’s a real concern.”

[…] The massive surveillance effort was bad enough, but Snowden was even more disturbed to discover a new, Strangelovian cyberwarfare program in the works, codenamed MonsterMind. The program, disclosed here for the first time, would automate the process of hunting for the beginnings of a foreign cyberattack. Software would constantly be on the lookout for traffic patterns indicating known or suspected attacks. When it detected an attack, MonsterMind would automatically block it from entering the country—a “kill” in cyber terminology.

Programs like this had existed for decades, but MonsterMind software would add a unique new capability: Instead of simply detecting and killing the malware at the point of entry, MonsterMind would automatically fire back, with no human involvement. That’s a problem, Snowden says, because the initial attacks are often routed through computers in innocent third countries. “These attacks can be spoofed,” he says. “You could have someone sitting in China, for example, making it appear that one of these attacks is originating in Russia. And then we end up shooting back at a Russian hospital. What happens next?”

In addition to the possibility of accidentally starting a war, Snowden views MonsterMind as the ultimate threat to privacy because, in order for the system to work, the NSA first would have to secretly get access to virtually all private communications coming in from overseas to people in the US. […] [Source]

The Wired feature also covers Snowden’s background, career, disillusionment, and exile in Moscow; official and public responses to his leaks; and his belief—which he has stated before—that universal encryption “can end mass surveillance not just in the United States but around the world.” Google Executive Chairman Eric Schmidt has argued that the same techniques could also prevent web censorship by China and others, saying “there’s a real chance that we can eliminate censorship and the possibility of censorship in a decade.”