Unifying the Hukou System Is Just a Start 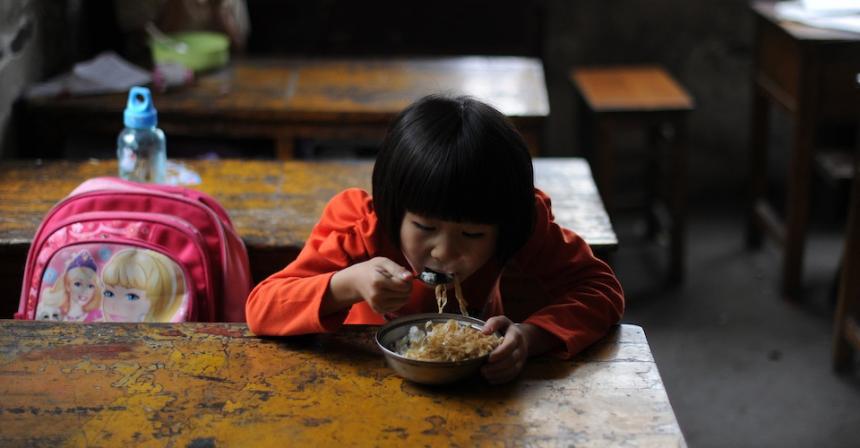 On Wednesday, the Chinese government announced plans to reform the country’s controversial hukou or household registration system. Although the reforms promise a unified system for both urban and rural populations, Wang Su at Caixin explains that real progress will require corresponding changes to the way pension, education, and health care benefits are distributed.

Many people consider the unified system a symbolic breakthrough. Some experts say the dual system will not go away, and that reform is far away from the goal of providing people with equal access to public services and allowing them to move freely across the country.

The unified system will not represent progress if the way public services are doled out is not changed, experts say.

[…] The difference in levels of public services enjoyed by people in rural and urban areas has been a major barrier preventing the free movement of people around the country.

Last year authorities in Deqing County, in the eastern province of Zhejiang, said they wanted all residents to get equal access to public services. They found that 33 such services were involved, but officials were only able to level the playing field for 17.

The aim of the reform announced by the cabinet is to provide people across the country with the same level of public services. One way to do this is to improve what is being offered in rural areas by providing better pension, education and health benefits. The other way is to provide public services to all permanent residents of cities. [Source]

The hukou reform will relax some residency restrictions that have impeded permanent migration from rural areas to urban centers. Xinhua reports that the reform will speed up urbanization and generate economic growth.

In the latest bid to remove obstacles to its urbanization drive, China on Wednesday announced plans to help about 100 million people settle in towns and cities by 2020.

A circular on the household registration, or “hukou,” system said China will remove limits in townships and small cities, relax restrictions in medium-sized cities, and set qualifications for big cities.

[…] Just like all other popular reforms launched in China recently, loosening the grip on hukou registration will no doubt contribute to China’s future reforms and its pursuit of social justice.

Turning hundreds of millions of rural dwellers into urban consumers could also generate a dynamic driving force for the world’s second-largest economy. [Source]

But Xinhua reports elsewhere that the proposals have been met with “indifference” by many rural migrants, who worry that changes to the system would take away what benefits they enjoy under the status quo.

Though the Chinese government has decided to relax restrictions for migrant workers to seek permanent resident status in towns, small and medium-sized cities, the long-awaited reform faces indifference from many nostalgic migrant workers.

Only 10.7 percent of people surveyed by the statistics bureau of southwest China’s Sichuan Province said they are willing to register their resident permit, or “hukou,” in cities.

The uninterested migrant workers believe the hukou is more advantageous in rural areas than in cities. Among the issues they worry about most is their old-age care, house-buying opportunities and unemployment in cities, showed the research, which questioned 3,000 migrant workers aged 18 to 65 in nine cities in Sichuan in April and May. [Source]

Rachel Lu at Foreign Policy reports that land rights tied to rural hukou have fed reluctance to give up rural identity in exchange for urban registration.

China’s explosive economic growth plays a part in shifting the equation. Rural hukou in developed coastal regions have become more valuable as land prices have risen swiftly. In wealthy eastern Zhejiang province, the number of rural hukou holders switching to urban hukou totaled189,000 in 2010, a 67 percent drop from more than 570,000 in 2004. In 2010, several well-publicized stories emerged about urban civil servants trying to claw back the rural hukou they had given up.

[…] For those in Chinese cyberspace, of whom roughly 27 percent live in rural areas, the rural hukou’s abolition is worrisome for many who see it as changing the rules of the game just when the game was becoming slightly fairer. “Do I want to give up my rural hukou?” One user on Weibo, China’s Twitter, asked. “No, because it means losing a sense of belonging and security. If I lose my job in the city, I’d be out on the street. Land is my lifeline.” Another agreed, “As soon as the rural hukou is worth something, they take away the [urban-rural] distinction and, with that, the little land that we are entitled to.” One user was convinced authorities do not “care about rural residents” but instead, “just want to get some land.” [Source]