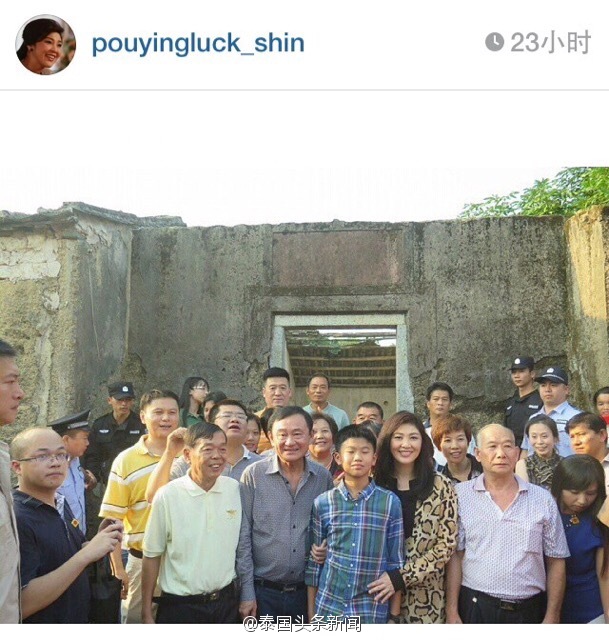 Thaksin Shinawatra and his sister Yingluck–both former prime ministers of Thailand, both ousted in coups–just visited China, causing such a stir back home with a viral panda-hugging photo that the current Thai prime minister warned the media to stop “presenting news” about Thaksin. The Shinawatra siblings, along with Yingluck’s son, also visited their ancestral home in Guangdong last Friday.

泰国头条新闻: Kind Explanation: Recently, former prime minister of Thailand Yingluck visited China with her older brother, former prime minister Thaksin, and her son. She posted photos and text to various social media platforms throughout her trip. Does this raise questions for mainland readers, many of whom cannot access [these platforms]? Let us offer a kind explanation. Foreign phone numbers set to international roaming in China can access all social media platforms. It is only Chinese phone numbers that are blocked.

Not that Thailand doesn’t restrict the Internet or punish citizens for their online activity. Yet the weibo offered a rare chance for Chinese netizens to reflect on the world beyond the Great Firewall:

游小龙YXL: Too many people in China don’t understand the actual situation. What would we do if everything were open and they were harmed by outside forces? This question will keep you up at night.

刘强UP: Thank you for your “kind” hint. It looks like I know what I’m not supposed to know.