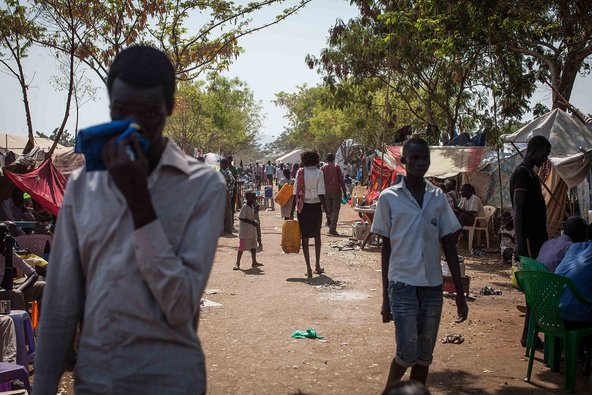 The Guardian’s Africa correspondent David Smith reports that China will soon send 700 combat troops to South Sudan as part of a UN peacekeeping mission in the civil war-torn young nation. The report notes that this is China’s first infantry contribution to a UN peacekeeping mission, marking a serious departure from Beijing’s “non-interference” policy in Africa.

The first Chinese infantry battalion to take part in a UN peacekeeping mission will be equipped with drones, armoured carriers, antitank missiles, mortars and other weapons, “completely for self-defence purpose”, state media reported.

[…] Richard Poplak, an author and journalist studying Beijing’s influence on the continent, said: “This does seem to announce a new era in the way China is engaging with Africa. It runs contrary to China’s foreign policy of, ‘We don’t interfere’. It’s an enormous renunciation of that.”

[…] “It’s not possible for anyone here or anyone in Beijing to say where this ends. It’s a precedent and any precedent is a dangerous precedent.” [Source]

At the New York Times, Bree Feng looks at how this deployment relates to Chinese oil interests in the region:

Of the dozens of countries that have contributed peacekeeping forces, however, China is the only one with major commercial interests at stake.

The state-owned China National Petroleum Corporation, the country’s largest oil and gas producer, has invested billions of dollars since the 1990s in what are now South Sudanese oil fields. Before fighting disrupted production, those oil fields provided a rapidly developing China with about 5 percent of its imported oil.

China’s concern regarding South Sudan is not energy security per se, “but rather a corporate investment from a major Chinese national oil company in jeopardy,” Luke Patey, the author of “The New Kings of Crude: China, India and the Global Struggle for Oil in Sudan and South Sudan,” said in an interview.

“Since the conflict shut down half of its production, now roughly at 160,000 barrels per day, China only receives 1 percent of its oil imports from South Sudan,” he said. […] [Source]