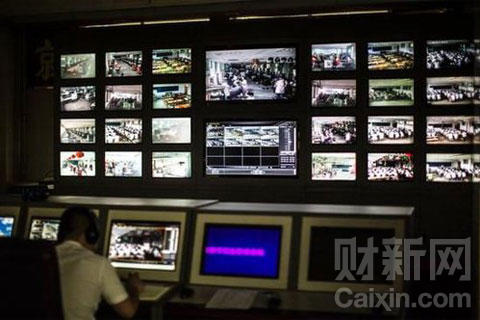 Caixin’s Zhou Dongxu reports on plans for comprehensive video surveillance of classes at Guizhou universities. The outward aim is to uphold teaching standards, but skeptics have questioned both the motives and legal basis of the proposal.

Education officials in the southwestern province sent a document to universities on November 20 requiring them to have CCTV cameras cover all classroom lectures and tutorials “to build an all-round oversight system for teaching quality control.” The document, which can be viewed online, does not set a deadline for installing the devices.

[…] The education authorities in Guizhou said the cameras would help improve the system for appraising professors, but Wang Xu, an associate professor at Renmin University in Beijing, said the real purpose was to monitor them.

[…] The professor added that neither the Higher Education Law nor the Teachers’ Law gave the province’s education authorities the right to install CCTV cameras. Instead, it was enforced via an administrative order, he said, further proof of the rampant bureaucracy haunting education in China. [Source]

Classroom footage was used as evidence in Uyghur economist Ilham Tohti’s trial for separatism in September, which resulted in a life sentence. Meanwhile, a Liaoning Daily article accusing professors of attacking China was widely republished in state media last month. Peking University blamed poor teaching for its expulsion of professor Xia Yeliang in 2013, while Xia and his supporters claimed that it was punishment for his political outspokenness. Also last year, professor Zhang Xuezhong was fired from Shanghai’s East China University of Political Science and Law for alleged violations including “[taking] advantage of his identity as a professor to transmit his political thoughts during classes.”