Can China’s Dying Villages Be Saved? 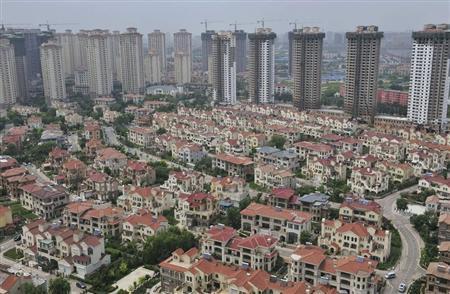 China’s urban population has grown faster than any other country’s and is currently 54% of the total population. The fast rate of urbanization has resulted in the disappearance of villages as large numbers of rural residents leave for jobs offered in the cities. Linda Poon reports for National Public Radio on a documentary that explores the possibility of reversing the urbanization process through a project by artist Ou Ning:

Ou Ning is the subject of the documentary Down to the Countryside by filmmakers Sun Yunfan and Leah Thompson. The 12-minute film follows the artist-turned-activist as he tries to bring economic and cultural development to a village struggling to survive China’s rapid urbanization. He’s part of the emerging “back-to-the-land” movement in China.

[…] With the country caught up in moving into the cities, Ou Ning wanted to created a livelier community for the Bishan villagers. So in 2011, he and fellow artist Zuo Jing founded the Bishan Project in a bid to bring business and entertainment to the village and improve the financial outlook for villagers. For example, he convinced the owners of a bookstore from a nearby town to open a branch in Bishan. His wife now manages the bookstore, which has been attracting local tourist.

The project is part of China’s growing “back-to-the-land” movement – or the New Rural Reconstruction Movement — in which entrepreneurs are trying to revitalize villages and create a sustainable life for those still living in them. The movement, which started around 2009, is small for now, with only 200 projects. [Source]

As cities expand, public services and infrastructure have a hard time keeping up. This in turn can lead to an increase in inequality and instability, which would require an overhaul of the current urbanization model. For the New York Times, Ian Johnson interviews Jeremy Wallace, who recently published a book about China’s urbanization.

Jeremy Wallace, 35, is a political scientist at Ohio State University. His new book, “Cities and Stability: Urbanization, Redistribution, and Regime Survival in China

” (Oxford University Press), is a look at how China has avoided the instability that urbanization has brought to many other countries around the world.

[…] Q.In your book you describe how China escaped the usual social unrest that accompanies preferential policies for cities thanks to its hukou, or household registration, system.

A. […] “Most poor countries favor cities to promote development and ensure that people living in cities are pro-government. I argue that this kind of “urban bias” might tamp down protests today but also encourages more and more farmers to move to favored cities. These large cities, often full of slums, can explode. Urban protests can quickly overwhelm regimes, even seemingly stable ones like Mubarak’s in Egypt. China’s hukou system is a loophole to this Faustian bargain: favoring urbanites while keeping farmers in the countryside and smaller cities.”

[…] Q: What’s the problem with big cities for an authoritarian government?

A. “Big cities are dangerous because they are more likely to produce economically and politically destabilizing protests. but it’s important to note that China hasn’t prevented urbanization. it’s managed it. it’s not that it’s anti-urbanization. it’s anti-concentration. Compared even to India, which is dominated by its biggest cities, China’s city system is flat. It has many large cities that are fairly anonymous.” [Source]

The health-care system, which the government claims covers 95% percent of the population but is restrained by the hukou system in cities, demonstrates the need for improvement. Liyan Qi and Laurie Burkitt of the Wall Street Journal report how medical insurance failed to cover the treatment of Zhao Guomei, a migrant worker in Beijing:

Despite years of work, the 26-year-old waitress couldn’t pay for it. Like many of China’s 269 million migrant workers, she bounced from city to city and job to job after leaving her home village to seek a better life. As a result, her employers—mostly small restaurants and noodle stands—haven’t contributed to her account under China’s medical-insurance system

Ms. Zhao could have received coverage under a new rural medical-insurance plan, but only if she moved back to her home province of Guizhou, where job prospects for her fiancé were slim. And before she could even apply for reimbursement back home, she would have to pay the 56,000 yuan she owed to the hospital in Wuhan where she had been receiving blood transfusions and other treatment. [Source]

Read more about China’s urbanization and hukou reform via CDT.