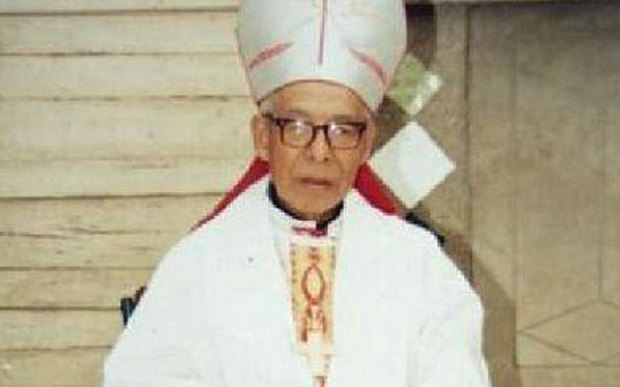 A 94-year-old Chinese bishop who had been detained in China for the past 14 years has reportedly died, the Associated Press reports:

Chinese officials informed the family of Bishop Cosmas Shi Enxiang on Jan. 30 that he had died, but didn’t say when or provide his relatives a cause of death, ucanews.com reported.

Shi was ordained in 1947, two years before officially atheistic China was founded. Shortly afterward, Chinese leader Mao Zedong demanded Chinese Catholics sever their links with the Vatican, churches were closed and, like scores of priests, Shi suffered long terms of imprisonment and hard labor between 1957 and 1980.

The Vatican secretly appointed Shi as bishop of the northern city of Yixian in 1982, but he was taken away again in 2001 and held at an undisclosed location.

[…] Ucanews.com said that with Shi’s death, Bishop James Su Zhimin of Baoding is the only remaining underground bishop still being held in secret detention. [Source]

Bishop Shi’s death comes amid renewed efforts by Beijing to contain Christianity. The ongoing crackdown on religious freedom has resulted in numerous Church demolitions and cross removals as well as the detention of foreign missionaries. As the number of Christians in China continues to grow, the Communist Party has been forced to rethink its approach to religion in general and Christianity in particular. Last year, the Party unveiled plans to develop a Christian theology that is compatible with Chinese socialism. Meanwhile Pope Francis has indicated a desire to ease long thawed relations with Beijing.