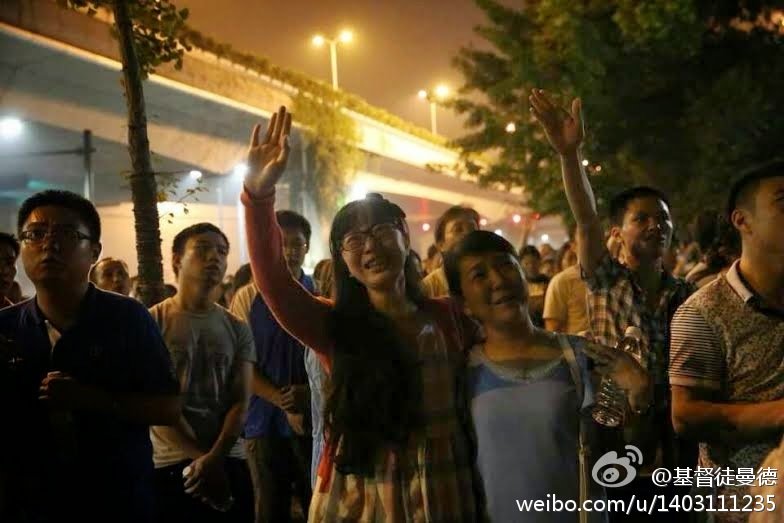 The media must not report on the removal of crucifixes from Gulou Church in Hangzhou and Salvation Church in Wenzhou. (August 14, 2014)

Members of the Salvation Church delayed the removal of the cross from their building when they clashed with police in July, but the church director then agreed to let the cross be removed. Several churches in Zhejiang have faced lost their crosses this year. From Kiki Zhao at the New York Times:

Since early this year, the Zhejiang provincial government has been carrying out a campaign against structures it says violate building and zoning codes. But, according to an internal government document, the campaign is directed specifically against Christian buildings and symbols, including crosses. Many of the churches that have received demolition orders or notices to remove crosses are government-sanctioned, not underground “house churches” that reject state controls.

In April, the Sanjiang Church in Wenzhou was demolished, despite protests from local Christians. In June, Salvation Church along with two dozen other Protestant churches in Wenzhou received notices from the local authorities to take down their crosses.

[…] On Thursday morning, the cross atop Salvation Church was cut at its base with an electric saw and taken down by crane, witnesses said by voice message. The removal took about an hour. When officials were about to take the cross away, parishioners stopped them. The officials agreed to leave it, and the cross was laid down inside the church. [Source]

A WeChat screenshot shared on Weibo shows the fury many local Christians feel over the demolitions: 苏玲丽: In the end, the Salvation Church crucifix was taken down by the shameless government (here, you beat people and arrested innocent pastors, and without explanation you illegally came to tear [the cross] down). What power urged you to do this? Surely you have been tricked by Satan. But in the triumphant name of Jesus Christ, we vow that Satan will be defeated. Jesus Christ will always win! We ask the Lord to comfort the believers of Salvation Church.

While cross take-downs continue in Zhejiang, the central government is also trying to shape Christianity to make it “compatible with the country’s path of socialism.”