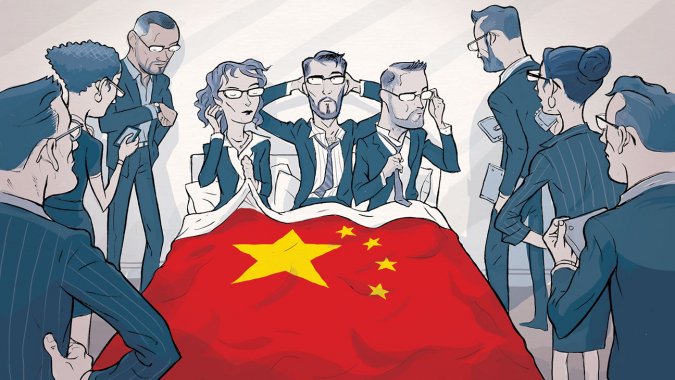 At the Academy Awards on Sunday, singer John Legend and hip hop artist Common won the Oscar for best original song with ‘Glory,’ from civil rights drama ‘Selma.’ In his acceptance speech, Common cited a shared spirit joining the civil rights movement in the U.S., demonstrations in support of free speech following the Charlie Hebdo attack in France on January 7th, and the pro-democracy protests in Hong Kong late last year.

Residents in the former British colony of Hong Kong were listening, as were their neighbors in mainland China, which now exerts sovereignty over the city. The online reaction that’s ensued signals a continuing divide between Hong Kong’s democracy advocates, who believe Beijing is unfairly interfering with Hong Kong elections, and mainland Chinese residents, many of whom strongly oppose the pro-democracy movement, remain suspicious of Western meddling in Hong Kong, and consider protesters there “spoiled” for demanding rights mainland Chinese don’t enjoy.

[…] On Weibo, a major social media platform in mainland China, criticism of Common’s speech has been fierce. “You sing some crappy song and then think you stand at the moral heights and understand everything,” one popular comment read. Another user wrote, “His supporting Hong Kong occupiers is free speech, and my calling him an idiot is also free speech.” Curse words and racial epithets were also in plentiful supply, prompting several to express disgust with what one called the lack of “public wisdom” online. [Source]

Support for thorns in China’s side is hardly new in Hollywood, but the industry has recently appeared eager to avoid causing offense that might derail Chinese investment and market access. According to Michael Wolff at The Hollywood Reporter, though, much of the anticipated funding from China has so far failed to materialize:

There are, with a cold eye, probably only two meaningful deals involving Chinese investment in the U.S. industry — and both are exceptions.

[…] The Chinese, according to a film executive who has had significant dealings with Chinese investors, “like to have a meeting, take a picture, issue a press release. Then they think hard about the deal, quite often losing enthusiasm for it. They call it caution. We call it reneging.” (Curiously, Hollywood, with its long history of now-you-see-it-now-you-don’t financing, nonetheless has seemed perplexed by vaporizing Chinese money.) “Everything can look and feel like you’re having a meeting and you’re talking to CAA,” adds the exec. “You forget it’s a communist country, that these companies are not entirely free to do whatever they want — that money doesn’t leave China without somebody up there saying so.”

[…] Hollywood often has opened its arms to outside investors who must pay to enter the club. The Chinese, however, are in a significantly different position because Hollywood wants to enter China. The Chinese box office soon will rival the size of the U.S. box office. When an American movie works there, it works at a Transformers-like level. At the same time, much of this potential is out of reach for U.S. studios without a Chinese partner. Lots of movies can go into China for a flat fee, but if you want a better cut of the box office, you need government approval — that is, a nod from SAPPRFT, the state agency that sanctions Chinese co-productions. U.S. film executives have chosen to ignore China’s dismal record on human and media rights (even as those same execs stand up for creative freedoms in the Sony hack and Charlie Hebdo tragedies), all chasing the promise of a financial savior. [Source]