Ming’en Media: From Political Satire to the Mass Line 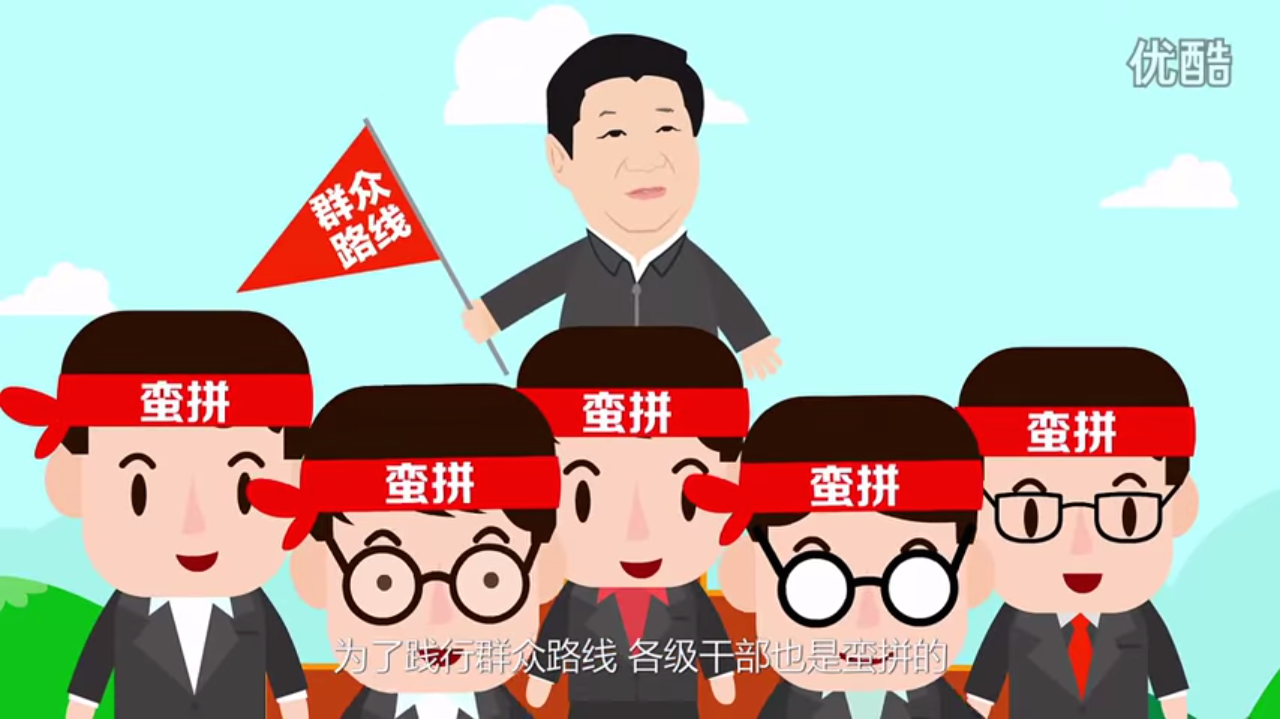 A series of animated shorts about Xi Jinping’s anti-corruption campaign appear to have been produced by a studio whose videos were once banned. The “Mass Line Animated Series” (群众路线系列动漫) shows Xi Jinping winning the battle to rid officialdom of the “three public expenditures”—banquets, vehicles, and overseas trips—and the “four decadent customs”—formalism, bureaucratism, dilettantism, and extravagance. The animations were created by ChaoYang Studio, which in the third video notes its “production work unit” is Ming’en Media, the source of several cheeky videos that were previously ordered to be deleted from Chinese websites. 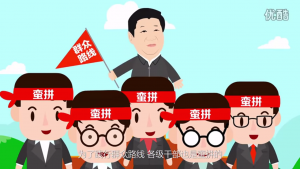 Xi Jinping waving the flag of the “mass line” in a new cartoon. (Source: YouTube)

On May 7, 2014, CDT published a leaked propaganda directive which ordered video hosting websites to delete three Ming’en videos: “Who Made Us the Proletariat?“, “Where Has the Taxpayer’s Money Gone?” and “Who Speaks on Our Behalf?” These and other animated shorts, most dating from 2012, satirize the opacity of the Chinese government.

According to “Where Has the Taxpayer’s Money Gone?” RMB 9.47 billion was spent in 2011 by 95 central government departments on the “three public expenditures.” The video focuses where public expenditures are unknown. “Statistics show China’s 2004 official business expenses surpassed 1.2 trillion yuan. And stats for every other year remain a mystery,” the narrator explains. The video game character Mario, symbolizing the Chinese taxpayer, is forced to pay up by being hit over the head with a mallet. The title of the video is currently blocked from Weibo search results.

Both ChaoYang Studio and Ming’en Media also take credit for the 2014 video “Debunking China’s Doomsayers in Five Minutes” (五分钟看穿唱衰中国底牌), which shows “prophets” of an economic downturn in China as bumbling zombies (the New York Times columnist Paul Krugman is depicted in a Dracula cape).

The Nanfang’s Aris Teon reports on the three new cartoons’ “joyful” approach to propaganda, in which “Daddy Xi” strikes corrupt “tigers” on mountaintops and shares meals with the common people.

The logos of ChaoYang Studio and Ming’en Media on animated shorts from 2014 and 2015.