Pastor Gets One-Year Prison Term in Battle Over Crosses 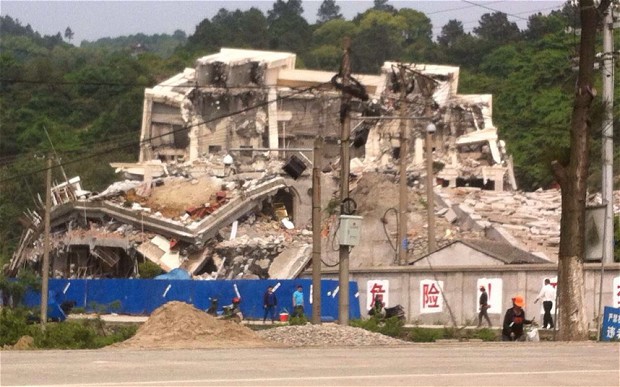 A Christian pastor who defended churches in Zhejiang against demolition of their crosses in a government crackdown last year has been sentenced to one year in prison. Pastor Huang Yizi was detained in August 2014. Kiki Zhao reports for the New York Times:

Last July, Mr. Huang, a pastor of the government-sanctioned Fengwo Church in Pingyang, and several local residents asked the Pingyang County government to explain why the police beat more than 50 parishioners when they tried to stop government authorities from taking down the cross from Salvation Church, a Protestant church in Pingyang. Mr. Huang was arrested in August, and the Salvation Church’s cross was toppled several days after his arrest.

The trial on Tuesday attracted more than 400 people, mostly local Christians, who gathered outside the Pingyang court to wait for a verdict. About two hours before the trial, the area near the court was cordoned off by the police, said Zhang Zhi, a Christian who waited outside the court gate. “They first stopped cars from driving near, then they cordoned off the region two or three hundred meters away,” Mr. Zhang said. [Source]

Just a few days before Huang was sentenced, an internal government directive ordered an end to the destruction of churches in Zhejiang, a campaign which began last summer and has continued since then. Tom Phillips reports for The Telegraph:

Bishop Paul Meng Qinglu, the deputy chairman of the Communist Party-controlled Chinese Catholic Patriotic Association, said Beijing had now issued an “internal order” calling for an end to the demolition of churches and their crosses.

[…] Communist Party officials claimed their one-year campaign was aimed at all “illegal structures” and not just Christian churches.

However, building code violations were merely a “pretext” for “a large-scale campaign against churches,” Amnesty International said last month. [Source]

Wenzhou, Zhejiang is a historically Christian city, and in 2014, as the demolition campaign was being carried out, central authorities called on Wenzhou officials to refrain from practicing religion. Confrontations between churchgoers and demolition crews turned violent at times, as authorities forcibly removed crosses and at times razed church buildings.