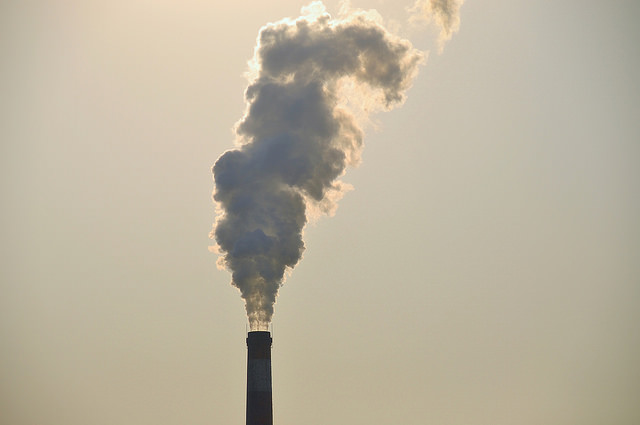 Two days into the annual session of the National People’s Congress (NPC) that began in Beijing last Thursday, the AP reported that environmental issues appeared to be taking center stage at the annual legislative meetings:

Two days into the session of the National People’s Congress in a Beijing shrouded with smog, Chinese President Xi Jinping pledged Friday to “punish, with an iron hand, any violators who destroy the ecology or environment, with no exceptions,” according to China’s official Xinhua News Agency. At the meeting’s opening event on Thursday, Premier Li Keqiang swore the government would cut back on major pollutants and improve energy efficiency.

The environmental focus, which included a flurry of other announcements about crackdowns on coal use and carbon emissions, reflects worries that mounting public anger over hazardous pollution could threaten the government’s rule.

[…] Chinese officials at the meeting said they would cut coal consumption by 160 million tons over the next five years, while the vice mayor of Beijing said the capital would shut down 300 factories and take 200,000 heavily polluting vehicles off the roads this year. […]

[…] Still, measurements of the particulate matter PM2.5 in Beijing’s air Saturday were seven times the level considered safe by the World Health Organization. And China continues to emit more greenhouse gases than any other country — twice that of the United States, the world’s second-biggest emitter of carbon dioxide. […] [Source]

This focus on environmental protection comes as no surprise, the Xi administration having already established it as a top national priority. Last year at the start of the NPC meetings, Premier Li Keqiang declared “war against pollution,” a policy goal reiterated for the globe when Barack Obama and Xi Jinping announced a bilateral agreement on carbon emissions ahead of the APEC summit in Beijing last November.

This year’s NPC meetings kicked off just after former CCTV anchor Chai Jing released the widely viewed “Under the Dome” documentary on air pollution in China. Originally posted on the website of the official People’s Daily along with an interview with the filmmaker, propaganda authorities quickly ordered strict regulation of online public opinion about the film. Shortly thereafter, another directive ordered news units to discontinue coverage of the film so as not to outshine coverage of the meetings. Finally, last Friday a third directive called for all video websites to remove the film, and keywords related to the film are now blocked from Weibo search results.

While environmental minister Chen Jining initially praised Chai Jing’s contribution to the public discussion of pollution, Fairfax Media’s Phillip Wen reports that the top environmental regulator was conspicuously silent on the film during a press conference on Saturday:

By Saturday, the documentary would become the elephant in the room, as Mr Chen held his scheduled press conference on the sidelines of the National People’s Congress.

Given the reach of the documentary, and the high-profile focus on tackling pollution and other environmental issues by the senior Chinese leadership, there was healthy international media interest. But in a heavily stage-managed press conference spanning ten questions and lasting over an hour, no foreign journalists from mainstream foreign media outlets were called upon, and no questions on Chai Jing’s documentary were put forward by China’s state-controlled media.

[…] Mr Chen, 51, an experienced environmental scientist and president of Beijing’s prestigious Tsinghua University, is seen as an inexperienced political outsider, thrust suddenly into national prominence and tasked with one of the hardest jobs in the country. Anxiety is widespread among Chinese over severe air, water and soil pollution, a side-effect from decades of breakneck industrialisation and lax environmental regulations.

For more on pollution, environmental protection, or the 2015 NPC meetings, see prior coverage via CDT. Also see CDT’s earlier coverage of Chai Jing’s “Under the Dome,” including translated explanations of the social psychology that allowed it to go viral, and the combination of vested interests and government sensitivities that prompted censors to crack down on it.