Translation: Why Chai Jing Got the Chop 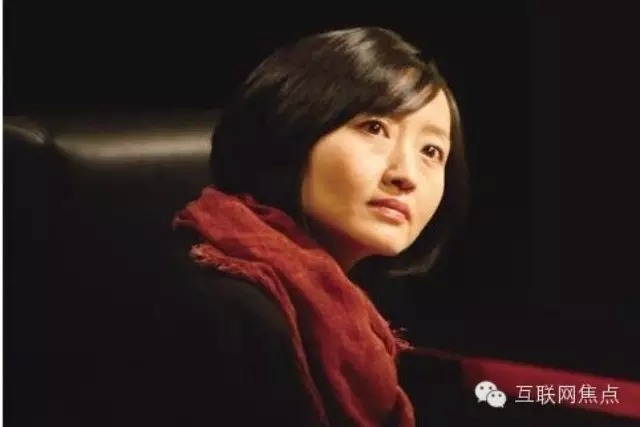 Days after the documentary on China’s air pollution, “Under the Dome,” went viral, censors started to rein in coverage and netizen response. Created and self-funded by former CCTV reporter Chai Jing, her film first launched on the People’s Daily website, which also ran a popular interview with Chai. Yet several propaganda offices, including in Shanghai and Beijing, have ordered websites and media organizations to tamp down the conversation.

An essay by Bianweihuizhengwei (编委汇政委, roughly “Editorial Board Gathers Political Commissars”) has circulated online offering an explanation of the official backlash against “Under the Dome.” The author sees a direct connection among the impending National People’s Congress and Chinese People’s Political Consultative Conference (the Two Sessions), the interests of China’s state-owned oil companies (Sinopec and PetroChina), and the suppression of discussion about Chai Jing’s documentary. CDT has translated it in full:

The Real Reason Chai Jing Got the Chop That Night

After Chai Jing’s “Under the Dome” had gone viral for two days and one night, the thing that many had secretly worried about, happened.

Yesterday evening, news of the ban circulated like wildfire, with most of the news directed at the Internet and new media, requesting that they take [the documentary] down from their featured slots and so on. At first, most people didn’t believe in these “rumors,” thinking that they were “completely unsubstantiated.”

It wasn’t until about midnight—when Xinhua, the powerful news service behind the Chinese government, began taking down articles, including a debate about “Under the Dome” they had published themselves and a text message sent to Chai Jing by the head of the Ministry of Environmental Protection, suggesting that the various media outlets not use them—that everyone awakened from the swirl of “rumors”: Chai Jing had “gotten the chop,” and it had happened that very same night.

The Chinese character “to chop,” 削 (xiao), is a compound of “knife” 刀 and the phonetic element 肖 xiao (to resemble). It means “to make small” or “whittle.” In the northeastern dialect of Mandarin, it means “to give someone the chop” (i.e. to silence or cut off). Using the word xiao to describe what happened to Chai Jing is appropriate in both senses of the word. In way, nothing could describe it better.

So, why did they give Chai Jing the chop that night? What was their true intention? If it was easy enough to explain the recent affair with Fan Bingbing’s breasts, we are barely started by this business with Chai Jing. Okay, so that being the case, we’ll try to “plug-in” and decipher what really happened.

First of all, the attraction of Chai Jing’s “Under the Dome” was way too powerful. The film got at least 200 million hits across the Internet, not to mention its spread by reciprocal reposting and word of mouth.

200 million hits in that amount of time is hard to imagine, especially when you realize that as of June 2014, 632 million Chinese people are online. This means that in just over 48 hours, for every three netizens, one was watching Chai Jing! This of course also includes members of the National People’s Congress and the Chinese People’s Consultative Conference who have all just arrived in Beijing.

As for the Two Sessions, which will start tomorrow, this is an unprecedented display of popular sentiment beforehand. According to the Propaganda Department’s thinking in years past, during the Two Sessions news is to focus entirely on the meetings themselves, and can absolutely not stray onto other issues. But now, because the foundation of the masses huddled “under the dome” have become too powerful, it’s no longer practical for them to just take something away. That’s why their only guarantee was to “chop” [Chai Jing], to whittle her down to size.

Secondly, no matter what you think of Chai Jing’s “Under the Dome,” it’s full of love for humanity, and no matter what, it has something to say to each of us. When it’s all said and done, the issues that she brings up are so-called “negative problems.” If you let negative problems take over public opinion and continue to fester, it really doesn’t let the kind of mainstream stories that gently move China take center stage. Getting the chop is thus totally within the realm of reason.

But the final straw is this: if we really let this topic take us where it will, Chai Jing always has her moments of being made to eat crow, but eventually people will wake up and take the focus off of her. Instead they will zero in on the entangled interests of energy reform and the two big groups [Sinopec and PetroChina]. When all of the discussion is directed at oil, at the bloat of the two big groups, at the government’s misconduct, things won’t be the way they are now. We will go from the current “people’s feast” to the “boiling over of the people’s grievances.” This isn’t something that our government looks forward to, nor is it something that the interest groups are looking forward to. The immediate pressure and pushback from interest groups is just business as usual, perfectly natural.

Power and profit are like star-crossed lovers. They hoot and holler and make each other ecstatic, but no matter what, don’t take that seriously. Their mutual affection never falters, and so their final destination is in one another’s embrace.

So now that “Under the Dome” has just appeared, we are appealing to the public to focus on the smog and the Ministry of Environmental Protection, and not pay too much attention to Chai Jing herself. There’s a lot that can be said about Chai Jing, and we will have plenty of time to talk about her, to appreciate her, even to groundlessly vilify her. But now isn’t the time to talk about her.

If we don’t let the topic of smog “kidnap” the national conversation, then “Under the Dome” will have failed, just a flash in the pan. While it’s splendid as a summer flower, a brief moment of grace serves no purpose in China today, because the next controversy is just around the corner, waiting to erupt and bury Chai Jing.

Today, the Two Sessions will open with great ceremony. Starting tomorrow, the papers will be filled with talk of deepening reforms, the realization of a society of moderate prosperity, representatives’ and committee members’ bodies and souls absorbed in politics. This, after all, is the mainstream system of values. [Chinese]