Tang Yinghong: Why “Under the Dome” Went Viral 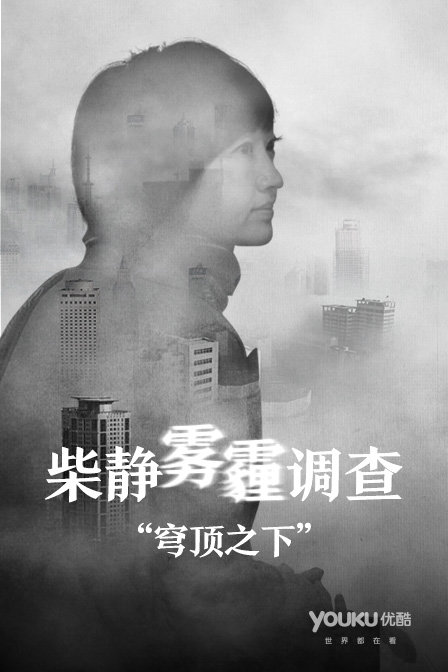 Chai Jing’s “Under the Dome” documentary, published first by the People’s Daily website, put the long sensitive topic of air pollution in China briefly at the center of public discussion. The film was seen at least 200 million times before being deleted from video hosting websites at the order of censors, and its title is now a sensitive search term on Weibo. While an anonymous essay earlier attempted to explain the reasoning behind the official backlash against the film, psychologist and frequent popular science writer Tang Yinghong (唐映红) explains the psychology behind the film’s record-setting virality in a post from his personal WeChat account [Chinese].

A: Several days ago, former CCTV host Chai Jing’s “self-funded” investigative film on smog reached hundreds of millions of views in a short period of time, quickly flooding social media and stirring up debate over the film’s content to such extent that authorities intervened two days later to halt the discussion. Why did a video about smog spread so widely?

Smog is not a new phenomenon. Smog has engulfed our entire country—and even neighboring countries—for years, and the public has long been acquainted with it. The harm it poses on the human body is also not a new discovery, everyone already knows about that. For a documentary explaining a topic that’s not a new discovery and doesn’t provide much new information, the reason why it spread so widely is because in smog has always been a strictly controlled and prohibited topic. Before Chai Jing’s film, most efforts to draw people’s attention or stir debate were killed by the authorities. This long-controlled, sensitive public topic suddenly saw high-profile dissemination, allowing many who have long been harmed by smog an opportunity to release long-suppressed emotions, opinions, and feelings.

In social psychology, this is also called the “Liberating Effect of Conformity.” Just six years ago, American athletes attending the Beijing Olympics wore masks because of the smog, and were scolded by official media for “humiliating China.” The athletes had to publicly apologize to the Chinese “people.” The efforts of the U.S. Embassy, the first to monitor and publish air quality information and PM2.5 data in Beijing, was also regarded by the government as a smear against China. Two years ago, when Beijing was experiencing incredibly severe smog, authorities continued to suppress criticism and control discussion, promoting instead so-called “positive energy.” The Beijing Marathon last year happened as planned amid severe smog and ignoring the health of the athletes. As for those environmental protection volunteers who are passionate about monitoring the environment and revealing pollution, their “start from myself” [tactic] often leads to imprisonment. Chai Jing’s film was published by official mouthpiece [People’s Daily Online] as smog has been getting more severe and as reflection, discussion, and criticism remains under strict control. All the suppressed feelings about smog were suddenly released. The audience experienced empathy through watching, forwarding, and discussing the video’s content.

This is why a video that didn’t provide new information could gain nearly unanimous support. When people watched, forwarded, and discussed, it wasn’t about updating concepts, but rather about venting. Chai Jing’s film expressed personal feelings that people for years couldn’t express personally. This is the major social psychological basis for the wide dissemination of Chai Jing’s video. If authorities allowed society to freely discuss, reflect, and criticize smog since it first appeared in China, then there would be no way for Chai Jing’s video to have gained such wide publicity. To make an analogy, if you are in a class in which all students feel that the teacher is being unfair, the teacher’s authority could scare people away from saying it out loud. However, if there is one student whose criticism didn’t get suppressed by the teacher, then you and your other classmates may go along with that person in casting criticism.

On top of that, Chai Jing’s speech [in her video] was very restrained. It didn’t touch on the deeper social and political reasons behind smog. So, as it was spreading, it provoked different feedback from different groups of people. Most common people found value in the ability to express personal feelings that were [previously] not allowed. Therefore, they actively “liked” it and took pleasure engaging in discussions about the topic (only touching upon economic and technological issues on the face of the issue). However, for another group of people who had already deeply reflected on the topic, Chai Jing’s speech was nothing but a cliche. To them, the wide dissemination “buried” more essential social and political factors, attributing smog to economic and technological factors. It is clearly dodging the inconvenient side of the story, and even carries the risk of misleading society. They would like to “reset the topic” beyond Chai Jing’s film and engage in a valuable investigation into the origin of smog and the deeper reasons behind it. This has created disagreement and conflict between the “thumbs-up” majority and the criticism of opinion leaders, which makes Chai Jing’s smog film a highly contentious public event and topic.

The overlap of these factors has led Chai Jing’s film to set a phenomenal record [of virality]. And the fact that authorities went out of their way to issue directives halting discussion has proved that the origin of smog is absolutely not simple economic and technological factors. [Chinese]