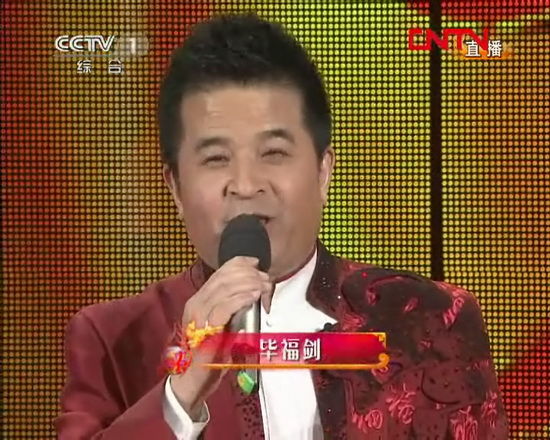 All websites are to find and delete the indecent video of Bi Fujian parodying a song from “Taking Tiger Mountain by Strategy.” Also delete the Youth.cn article “Bi Fujian Owes the People an Apology.” Cool down related discussions, and stop hyping the story. (April 8, 2015) [Chinese]

The viral video, taken at a private dinner, shows popular CCTV anchor Bi Fujian calling Mao Zedong a “son of a bitch” (逼养的) while parodying a song from the one of the “model operas” of the Cultural Revolution. Bi, who grew up during the Cultural Revolution, makes asides about the hubris of the soldiers who sing the aria, punctuating their determination for revolution with cries that “we’ve suffered enough!” Sina’s “Media Notes” column includes a transcript of the parody.

Best known for co-hosting the CCTV lunar new year gala, Bi has now been suspended from the state broadcaster for four days, as have the shows he hosts. CCTV states that Bi has “caused serious social impact” and that it will conduct an investigation.

“It should be noted that even though it was only for fun, Bi’s adaptation of the epic play is quite vulgar,” writes the Global Times’ Shan Renping, believed to be the pen name of editor-in-chief Hu Xijin. “If what he sang is really what he thinks, then it is understandable that many people are disappointed in him.”

The editorial cut from Youth.cn, the website of the Communist Youth League, disparages Bi with some salty language of its own:

Mao Zedong is a great man of an era, the creator of the republic. Without Mao, there would be no Communist Party. Then would Bi Fujian still be wining and dining, picking up his chopsticks to eat his meat and setting them down to call someone a son of a bitch? Would he still flaunt the symbol of the people’s stage, playing dumb and faking charm as the people’s “grandfather”? [Chinese]

All of Bi Fujian’s Weibo posts have been wiped from his account, but earlier in the day some supporters left messages for Bi. The comments had been replies to Bi’s last post, still visible in Google’s cache: