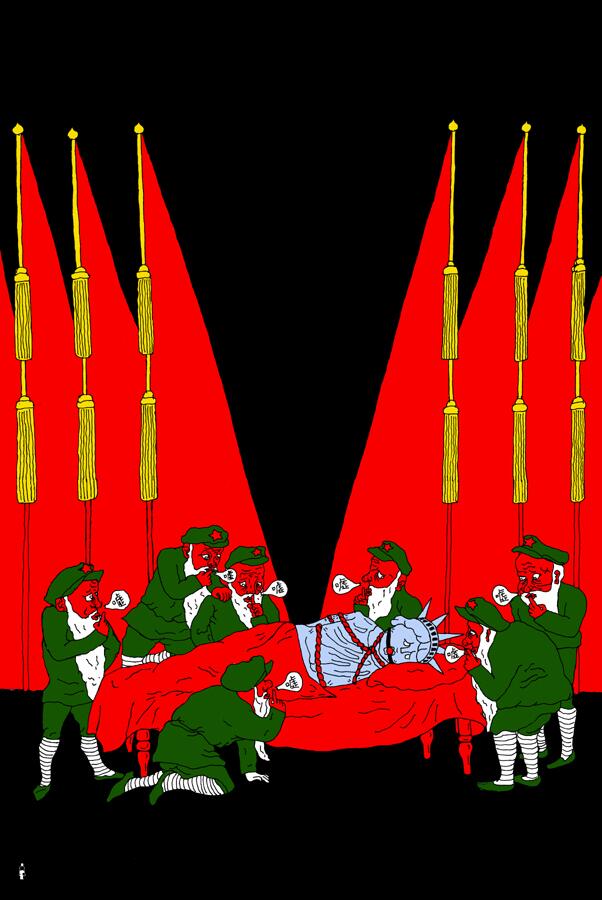 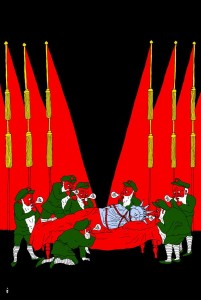 The seven don’t mentions tie down the Statue of Liberty. (Artist: Badiucao 巴丢草)

The “seven don’t mentions” appear to have been distilled from the “Communiqué on the Current State of the Ideological Sphere,” also known as Document Number 9, which lists seven threats to the legitimacy of the Chinese Communist Party. In April 2015 investigative journalist Gao Yu was convicted of “leaking state secrets” for allegedly sending Document No. 9 to Mingjing News (Mirror Media Group). Gao maintains her innocence, claiming that her earlier televised confession was coerced, and has appealed the conviction.

The CCP has sought to contain dissent in institutes of higher education. Student movements, such as the 1989 protests, have historically been major sources of unrest. A campaign against “Western values” in higher education began in January 2015.

Tags :academic freedom,censorship,ideology,word of the week