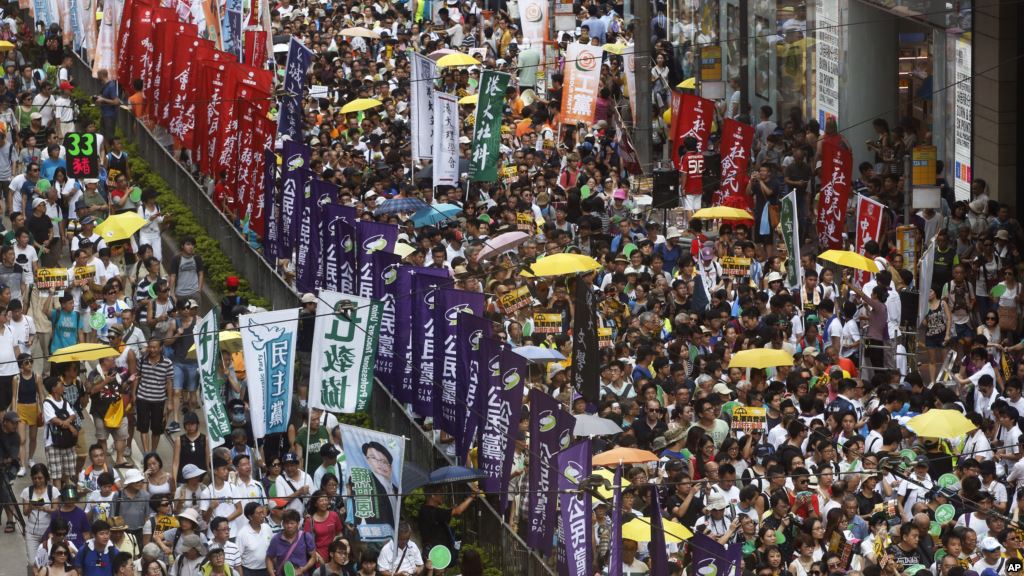 There are reports that the Hong Kong opposition is holding a demonstration this afternoon. Carefully find and delete text, images, and video which touches on this protest, and strictly guard against the online spread of harmful information in support of the demonstration. (July 1, 2015) [Chinese]

July 1 marks the anniversary of Hong Kong’s handover to China in 1997, as has since been a day of protest. There were far fewer participants in last week’s vigil than in years past, due perhaps to fatigue after last fall’s protests or to a lack of urgency after the trouncing of a pro-Beijing electoral bill.