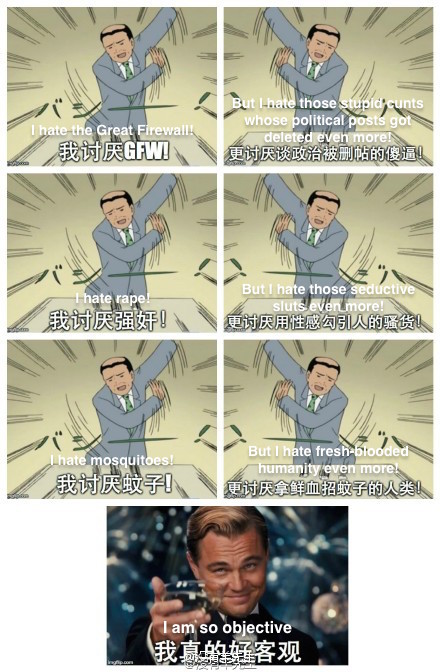 Weibo user MeiyouYangXiansheng (@没有羊先生) posted a collection of web comics poking fun at the backlash against critics of the government in China. The comics caricature exchanges between a disgruntled critic and pro-government online commentators known as “fifty centers” (volunteers or otherwise).

In two words, the final comic in this series (at the bottom of this post) sums up the “domestic logic” of silencing government critics, trolling liberal-minded netizens, and generally shutting down critical discussion of China’s politics and society: China is “your country,” the China run by the Communist Party, not by its people.

This is Part Four of a four-part miniseries. Read earlier posts here: