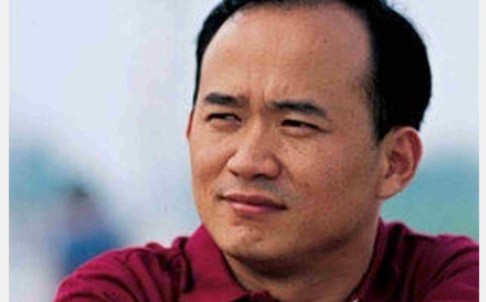 Last week, authorities closed the defamation case against journalist Liu Hu, who was detained for a year and then spent another another under the shadow of continued investigation. His arrest came after he used social media to accuse officials of corruption; two of his targets have since been probed. In an interview with Cao Guoxing of Radio France Internationale’s Chinese service, translated by China Media Project’s David Bandurski at Medium, Liu described his investigators’ unsuccessful efforts to extract a confession in exchange for lighter punishment:

Each time he was questioned, and even when police barged into his home, the entire proceedings were captured on video. Judging from the situation [in recent months and years], it seems [to Liu Hu’s mind] that if he had admitted guilt, this would have been quickly edited into a news item and broadcast on China Central Television.

Of course, police told him this video material would be provided instead to “leaders” who after quick deliberation were sure to demand leniency.

Liu Hu recalls how police warned him that if he did not confess his guilt, his sentence would be harsh and he could expect to spend many years in jail — so that when he was finally released he would have nothing, and his family would all by that time have “departed.”

“It was at such times,” Liu Hu told this reporter, “that I would feel at my weakest and most helpless.” [Source]

Liu’s suspicion that his confession would be televised follows a series of such broadcasts in recent years. Explaining the historical context of this trend in March, Bandurski wrote that “questions of guilt and innocence are subservient to the imperatives of political power.” Last week, he covered the case of Wang Xiaolu, another journalist now in custody for causing panic amid China’s recent stock market turmoil. Wang did confess, though only, in Bandurski’s words, “to conduct befitting a news journalist,” and footage was shown on CCTV. Yet another journalist, Gao Yu, retracted her own televised confession, saying that she made it only after investigators threatened her son. She was later reportedly asked to admit guilt again in exchange for early medical release from a seven-year prison sentence.

Meanwhile, as many as 100 investigators unsuccessfully sought evidence of wrongdoing on Liu’s part, asking former interviewees whether he had demanded payment. As with corruption in general, the current pervasiveness of such practices in China’s media industry has fueled suspicion that those like 21st Century Business Herald editor Shen Hao who are prosecuted have been singled out for political reasons.