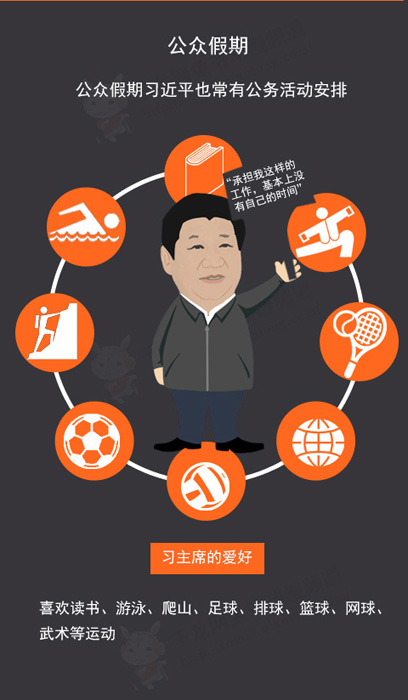 According to a report by Yang Fan for RFA, a teacher in Hubei was dismissed after reposting an article to a WeChat group cautioning that the truly well-read do not boast about it. Police and the local education bureau pressured the Hong’an International Education School to fire Zhang Aijia because they assumed one of the “windbags” chastised in the post was none other than President Xi Jinping. Xi is himself fond of enumerating for foreign hosts his familiarity with their country’s literary greats.

Zhang tells RFA (via CDT Chinese) that she was dismissed on November 13, one day after being questioned by the police, and forced to vacate her school housing:

“At first the Jinsha Police Station sent a car to the school to pick me up. They said the post I uploaded to my WeChat group mocks China’s leader. But I said the leader’s name isn’t in the post, so how could you think that? They went on and on about how they’d gotten orders from above, that at the end of the post when it ridicules ‘windbags’ it’s really cursing out Xi Jinping, and that I shouldn’t post anything like this again. I told them they were overly sensitive, who cares if it’s mocking the leader? Are we living under an imperial system? My original intention (when I reposted the article) was that it was right, and I wanted to encourage myself not to be that kind of person. I wrote a simple note and went back [to school]. I thought it was fine, but the school had me do ideological work, and the next day told me that they’d held a meeting and decided unanimously that I should leave immediately.”

Zhang said she understood that the school had expelled her under pressure from both the police and the Bureau of Education, but that the school rejected her request for a letter of dismissal and a month of wages. [Chinese]

In Seattle two months ago, Xi Jinping told his audience about his fondness for Thomas Paine, Mark Twain, Henry David Thoreau, Walt Whitman, Jack London, and Ernest Hemingway. He glowed over Gogol at the 2014 Winter Olympics in Sochi. Zhu Xuedong, a long-time journalist and editor in China, has compiled a list of over 100 literary classics Xi has claimed to have read, including American, French, Russian, and Chinese titles.

Zhang Aijia joins a growing number of educators, artists, and others punished for perceived slights against China’s leadership and the Communist Party. Photographer Dai Jianyong was detained in May after he posted a Photoshopped image of Xi Jinping making a “chrysanthemum face” to social media. Last week, Professor Liang Xinsheng lost his post as deputy chair of his department because of his “extreme blog posts” on Weibo.