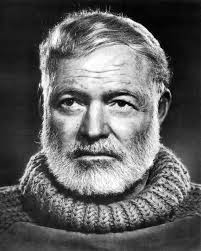 In Seattle yesterday to begin his weeklong state visit to the U.S., Xi Jinping delivered a lengthy speech on U.S.-China relations to business executives in the northwestern tech hub. After outlining economic policy and vowing to work with the U.S. on cybersecurity—perhaps the thorniest issue hanging over the trip—Xi slid in a few references to shore up cultural rapport with his hosts. At Slate, Shannon Tiezzi and Jeffrey Wasserstrom explain how Xi’s name-dropping is part of a time-honored diplomatic tradition not reserved for American audiences:

When Chinese President Xi Jinping arrived in Seattle on Tuesday for his U.S. visit and joked that his anti-corruption drive was no House of Cards power play, he wasn’t just showing his familiarity with American pop culture: He was adding a page in a PR playbook that goes all the way back to Deng Xiaoping.  In 1979, when Deng became the first Chinese Communist Party leader to visit the United States, he took pains to make a good impression and seem relatable to American audiences. He shook hands with Harlem Globetrotters, climbed on NASA’s lunar rover, and, most memorably, donned a gigantic cowboy hat at a Texas rodeo, delighting the crowd.

Xi seems to be even more determined to show how much he “gets” America. His opening remarks on Tuesday were replete with American cultural references. Besides nodding to Frank Underwood’s machinations, Xi offered a (somewhat dated) shout-out to Sleepless in Seattle before checking off a long list of American literary luminaries he claims to enjoy, including Twain, Thoreau, Whitman, Jack London, and especially Hemingway, whose fondness for mojitos, he claims, led him to try one in Cuba. He also claims to take inspiration from the lives and ideas of American statesmen like Lincoln, Washington, and Franklin Roosevelt.

[…I]t’s important to note that Xi doesn’t reserve this routine only for American audiences. China’s leader is a promiscuous name-dropper wherever he goes. When he was interviewed in Sochi during the 2014 Winter Olympics, he provided a laundry list of Russian authors he admired: “Krylov, Pushkin, Gogol, Lermontov, Turgenev, Dostoevsky, Nekrasov, Chernyshevsky, Tolstoy, Chekhov, [and] Sholokhov.” In France a month later, Xi had a similar list handy of French figures: Montesquieu, Voltaire, Rousseau, Diderot, Saint-Simon, Fourier, Sartre, Montaigne, La Fontaine, Molière, Stendhal, Balzac, Hugo, Alexandre Dumas, George Sand, Flaubert, Alexandre Dumas fils, Maupassant, Romain Rolland, and Jules Verne. In Germany he noted his fondness for Goethe, Schiller, Heine, Leibniz, Kant, Hegel, Feuerbach, Heidegger, and Marcuse and spoke of the “enchanting melodies by Bach, Beethoven, Schumann, and Brahms.” In Mexico he paid tribute to “Diego Rivera, the master of contemporary art, and … Octavio Paz, the towering figure in literature.” And so on. […] [Source]

After Xi listed the American authors and founding fathers by whom he’s been inspired, veteran journalist Zhu Xuedong recalled praise offered to foreign literary greats on other diplomatic trips. In a self-deprecating essay titled “Looking at Xi Jinping’s Book List, I Should Be Ashamed of Myself,” Zhu took on the daring task of compiling a presidential reading list. Zhu quotes Russian poet Joseph Brodsky’s 1987 Nobel acceptance speech (“…for someone who has read a lot of Dickens, to shoot his like in the name of some idea is more problematic than for someone who has read no Dickens”), and adds:

“The Chinese people have always admired the pioneering and enterprising spirit of the American people,” Xi Jinping said on his most recent visit to the U.S. “When I was young I read the ‘Federalist Papers,’ Thomas Payne’s ‘Common Sense,’ and similar authors. I enjoyed learning about the lives and thoughts of Washington, Lincoln, Roosevelt, and other American politicians. I also read the works of Thoreau, Whitman, Mark Twain, Jack London.”

“Reading has become a way of life for me,” Xi said during a special interview with Russian TV at the winter Olympics in Sochi. I have carefully compiled Xi Jinping’s reading list. Compared to my own, I really do feel ashamed. I’m the boss of the Skimming Party.

I didn’t include everything, but this is probably the world’s most complete list of books Xi has read, and I’m exhausted. […] [Chinese]

A list of nearly 100 titles divided into five parts follows. Part one includes the books mentioned in Seattle. Next come sections on Soviet/Russian and French literature. Then Zhu lists books from around the globe that Xi mentioned at the 2014 Beijing Forum on Literature and Art, and finally, Chinese classics he has praised in passing. Zhu closes, “In addition to all of that, Xi wrote two of his own books, ‘New Sayings From Zhejiang,’ and ‘The Governance of China.’ The former I never bought, the latter my work unit sent over and I haven’t yet found the time to read. I’m ashamed.”

After reading the impressive list of foreign ideas Xi claims to have enjoyed in the past, many netizens found irony in the comparatively narrow ideology he has come away with. Xinhuangshanzhuang (@心慌山庄) commented, “After reading all these books, Xi Jinping decided on the seven don’t mentions.” @Lipero said,  “He read this much, then hired Zhou Xiaoping. Hehe!”

After listing American literary giants and paying special homage to Hemingway, Xi said in Seattle, “I believe that it is always important to make an effort to get a deep understanding of the cultures and civilizations that are different from our own.” The conclusion to which this quest seems to have led him is a vigorous campaign against the promotion of “Western values” in universities. Before his inauguration, many hoped his leadership would hasten political reform inspired by the very Western values now rallied against; Xi has instead doubled down against ideas like constitutional democracy and universal rights, and found policy inspiration in Confucian and Legalist philosophy and Maoist ideology. Many of the comments that followed Zhu’s essay were in the same vein as one offered by Yuelehe (@岳乐呵): “Saying he loves what he actually fears?”

In Seattle, Xi also slipped in a cultural reference to House of Cards—a show that has enjoyed massive popularity in China—while vowing to continue the anti-corruption drive that has characterized his rule to date:

China will continue fighting corruption. As I once said, one has to be very strong if he wants to strike the iron. The blacksmith referred to here is the Chinese Communist Party. The fundamental aim of the Party is to serve the people heart and soul. The Party now has over 87 million members, and unavoidably it has problems of one kind or another. If we let these problems go unchecked, we will risk losing the trust and support of the people. That is why we demand strict enforcement of party discipline as the top priority of governance. In our vigorous campaign against corruption, we have punished both “tigers” and “flies”, corrupt officials irrespective of ranking, in response to our people’s demand. This has nothing to do with power struggle. It’s nothing like what you see in House of Cards. China is ready to cooperate closely with international community in fighting corruption and tracking down fugitives. The Chinese people look to the U.S. for support and coordination so that corrupt elements will be denied an overseas “safe haven”. [Source]

On Twitter, @fallensin agreed. “Xi says this is no House of Cards, and I agree—our plotline is far more interesting. Soy sauce bottles, Ferraris, a reckless romantic affair, a journey on a whim, who could compete?”