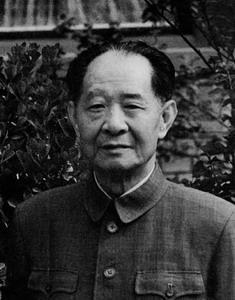 In a separate corruption investigation carried out by the Central Commission for Discipline Inspection, a number of top officials — including Zhou Benshun, former party secretary of Hebei Province, Yu Yuanhui, former party secretary of Nanning city in Guangxi Province, among others — have also been accused of “making public comments that go against the spirit of the central committee.”

Many opinion leaders have criticized the new “improper discussion” rule as hindering the development of “intra-party democracy”, the idea that China’s single-party system could incorporate internal checks and balances based on deliberation and voting. Those who support the rule, on the other hand, argued that it will not affect society as it only applies to party members in order to protect the central authority’s leadership.

Yet, as the majority of employees from the public sector, including media outlets, schools and universities, are party members, the rule’s impact is potentially pervasive. Liang Xinsheng, the vice department head of the English Department at Lingnan Normal University in Zhanjiang city, was also sacked under the new rule for making comments on social media platform Weibo that allegedly defame the party and the country. [Source]

While Lam highlights the predecessors of “improper discussion” in the early years of the People’s Republic, Wendy Zhou tracks its appearances in the People’s Daily since the 1980s, which reflect successive shifts in attitudes toward internal dissent. In particular, she notes the relatively tolerant approach of General Secretary Hu Yaobang, whose legacy the Party has recently attempted to sanitize and appropriate. From China Media Project:

Over the weekend, a post on the official Weibo account of the United Nations said its Committee Against Torture had questioned China insistently over its record on such issues as judicial independence and its use of “black jails.” [See background via CDT.] Responding in the comments section, Xu Xin (徐昕), a professor in the law school at the Beijing Institute of Technology, gibed: “So, what punishment should the United Nations get for improperly discussing China’s legal system?” Another lawyer, Yang Junfeng (杨俊峰), added his own wisecrack: “My solemn advice is that we detain and interrogate the UN secretary general for having the impudence to improperly discuss the policies of the Central Party.”

The humour in these comments is probably lost on those unfamiliar with political jargon in China, but both taunts draw attention to a term that has rightly come in recent weeks to symbolise the Communist Party’s intolerant attitude toward dissenting views under the leadership of President Xi Jinping. […]

[…] Today, […] as Xi Jinping’s “Chinese Dream” and the “Four Comprehensives” are loudly proclaimed by the Chinese media, language like that in the People’s Daily two years ago about “straight talk” is drowned out by language about “improper discussion of Central Party [policies]” (妄议中央). The attitude toward “improper discussion” is markedly different from what we saw in the 1980s, or even just two years ago. “Improper discussion” now denotes “disobedience toward one’s superiors” (忤逆上级), or “unwarranted criticism” (胡加非议). [Source]

In a later post at CMP, David Bandurski comments that the prohibition on “improper discussion” suggests the rejection of even “the lowest possible benchmark for political reform in China.” He also translates an essay from People’s Daily by Jinan University’s Han Hui, who disagrees. Critics’ claims that the ban “denies the favourable trend of criticism and self-criticism within the Party,” Han argues, “might well disorient those who do not understand the situation, but in fact they are biased and full of holes.”

These viewpoints are wrong, first and foremost, because they neglect basic concepts and specific contexts. First of all, starting with the concept of wangyi (妄议), [or “improper discussion”], the word wang means “careless” (胡乱), “overstepping the bounds” (越轨), “fabricated” (虚妄) or “false” (不实), and from this we understand that wangyi refers to creating something out of nothing, distorting the facts, overstepping established rules — and it clearly indicates “malicious discussion” (恶议) or “spurious discussion” (假议), as opposed to “principled discussion” (良议) or “true discussion” (真议).

[…] Criticism and self-criticism (批评和自我批评) are favourable approaches that the Party has consistently advocated as a basic means of resolving internal tensions … so long as the criticism in question is constructive. Improper discussion, on the other hand, is destructive in nature, irresponsible, done with ulterior motives (别有用心的), or motives that are impure — criticism that is improperly directed (方向不正) and improper in its method (方法不当), not criticism (and of course self-criticism) that seeks the truth (追求真理) or seeks lessons in past mistakes (惩前毖后). [Source]