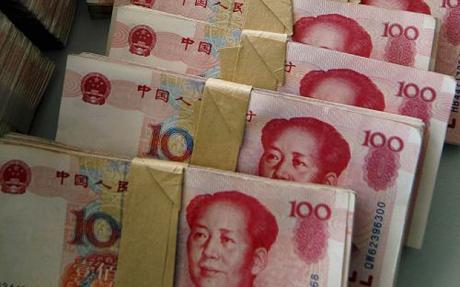 Recent government statistics have shown that, in 2015, China’s economy grew at the slowest rate in 25 years. Last week, investor George Soros commented that a hard landing for China’s economy is “unavoidable.” People’s Daily then accused him of “intentionally trying to create panic to snap profits.” On ChinaFile, experts debate whether China is, in fact, heading for a hard landing. Economist Arthur R. Kroeber says, “China is unlikely to see a collapse in economic growth any time soon,” but continues:

Yet in another sense, Soros and other investors are right to sound the alarm. China presents two risks that are more fundamental than the ones now catching the headlines. First, the global impact of its growth has contracted far more rapidly than the headline GDP numbers. Second, there are strong reasons to doubt that the government of Xi Jinping is really committed to crucial market-oriented reforms, because these would require an unacceptable dilution of Communist Party power. Until Xi steers a credible course in favor of markets, the world will endure more China scares. [Source]

At Newsweek, Elizabeth Economy writes about the politics behind what she calls Beijing’s “disjointed and seemingly sub-optimal economic decision-making process.” Like Kroeber, she argues that economic reforms have stalled because the Party, and in particular Xi Jinping, are unwilling to cede control over the economy in a way that market reforms would require. She writes:

Most analysts and businesspeople outside China believed that the Chinese government would roll right through its massive economic reform agenda broadly laid out in the November 2013 third plenum of the 18 th Party Congress. It wasn’t a question of “if” but “when.” That is not happening.

In addition, the Chinese people want their assets to be secure, their children to be well-educated, and their air to be clean. All of these are actually monumental reform agenda items. (Note: surely it cannot be chance that in 2012, Chinese nationals made up 1,675 of the ten thousand EB-5 visas—visas granted to people who invest one million dollars in a U.S. company and provide jobs for ten people—offered by the U.S .government and in 2014, they accounted for 8,308.)

At the same time, labor protests have just about doubled during 2014-2015 to 2,500. Social stability remains the leaders’ paramount concern, and could easily be a trigger for a round of poor economic choices.

None of this is to say that economic reform in China won’t happen. But it will reflect all the messy and painful politics that plague any country trying to overhaul its economy, and then some.[Source]

The benefits of China’s economic growth have been increasingly unevenly distributed, contributing to concerns about social stability. New studies show a growing disparity between the richest and poorest in Chinese society, discrepancies which are increasingly being felt in education, healthcare, and other sectors of society. From Chris Buckley at The New York Times:

[..T]wo new studies from institutes in Beijing suggest that while Chinese people remain wedded, though not always blissfully, to the status quo, Mr. Xi confronts a persistent undercurrent of discontent with inequality in incomes, schooling opportunities and health care. That social strain could become troublesome, especially if the economy continues to falter.

“In the future, Chinese society will face a series of stern challenges,” said the China Family Panel Studies 2015 report, produced by the Institute of Social Science Survey at Peking University.

“At the same time that our nation’s total wealth has rapidly grown, there are increasingly pronounced imbalances in Chinese society,” it said. “This is reflected not only in the polarization of incomes and wealth, but also in plainly observable disparities in education, health and other social protections.”

Mr. Xi and his prime minister, Li Keqiang, have said that overcoming these social imbalances is a priority. But the report, drawing on the results of an annual survey covering more than 35,000 adults and 13,000 families, warns that more needs to be done. [Source]

As Chuin-Wei Yap reports for The Wall Street Journal’s China Real Time blog, the reports did not include an update Gini coefficient, but China’s is expected to be rising. A Gini coefficient of more than .40 is widely believed to lead to greater incidences of social instability:

The report didn’t issue a new Gini coefficient for household income for 2015, an index used to measure the distribution of wealth in an economy. Instead, its authors put forth an already broadly-held assessment that the gap is widening.

“In the last 30 years, income inequality in our country has become a rising trend, increasing from 0.3 in the 1980s to 0.45 or more in recent years,” the report said. A Gini coefficient of zero represents perfect equality, while one means perfect inequality.

The government hasn’t published its index for 2015 yet, but its assertion of a decline might be at odds with the Peking University report of a widening gap. The university’s report said that the income coefficient for households in 2012 was 0.49, which would suggest there wasn’t much of a decline between 2008 and 2012. [Source]

Widespread public distrust over government economic data has only grown with the announcement that the director of the National Bureau of Statistics is being investigated for corruption.