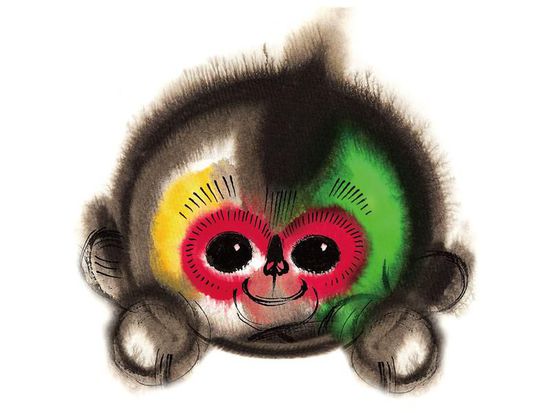 Netizens are howling over the mascot for the upcoming CCTV Spring Festival gala, a monkey with a neon green-and-yellow face and tumor-like orbs hanging from both cheeks.

For the second year in a row, the state broadcaster has created a mascot for its hours-long Lunar New Year variety show. Yangyang, a saucer-eyed ram, ushered in the year of the sheep in 2015. For the upcoming year of the monkey, CCTV is introducing Kangkang (康康), whose name is a cutesified way to say “healthy.”

Kangkang is based on an ink painting by Han Meilin, who also designed the five Fuwa mascots for the 2008 Beijing Olympics. His monkey, a button face and two fists balled up at its cheeks, became the 3D rendering that is compared charitably to a traffic light: 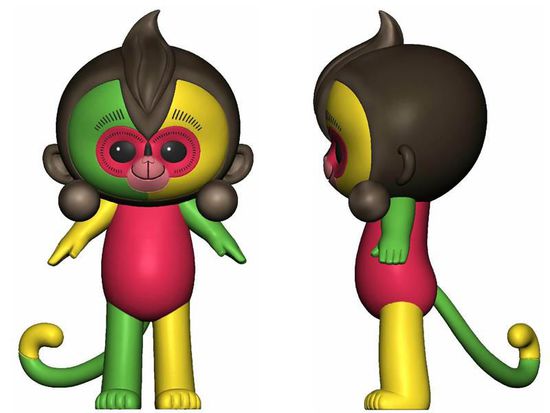 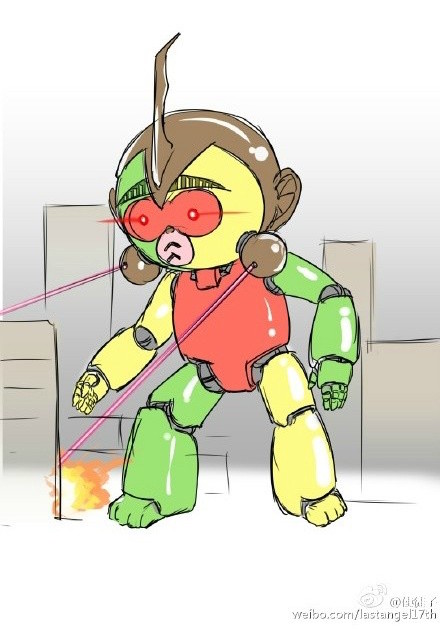 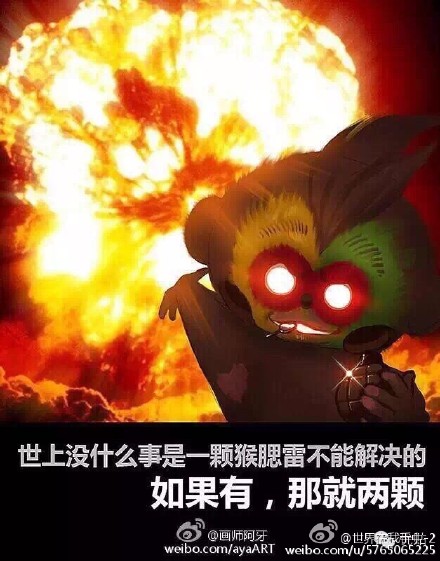 “There’s nothing in the world a ball of monkey cheek-thunder can’t fix. If there is, make it two.” (Artist: Aya @画师阿牙)

Haibao, the 2010 Shanghai Expo mascot, and the 2014 Youth Olympics’ NanjingLele have an unfortunate encounter with Kangkang:

Political cartoonist Kuang Biao reinterprets Kangkang as a new year’s celebrant from the Qing dynasty, his queue curled around his neck, a lamp bearing the clan name Zhao in his left hand. Netizens have taken the privileged Mr. Zhao from Lu Xun’s famous novella “The True Story of Ah Q” and made him into a symbol of China’s political elite. 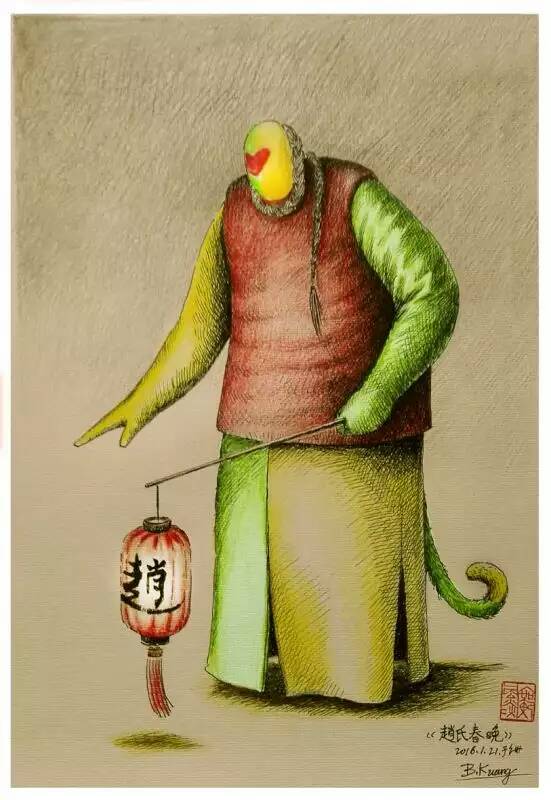 CCTV could do worse than a neon monkey with bizarre facial features. Last year’s gala is remembered for such blatant misogyny that an online petition circulated calling for the broadcaster and gala director to apologize.

Read about Spring Festival galas past via CDT.