Hung Huang: Should I Just Shut Up? 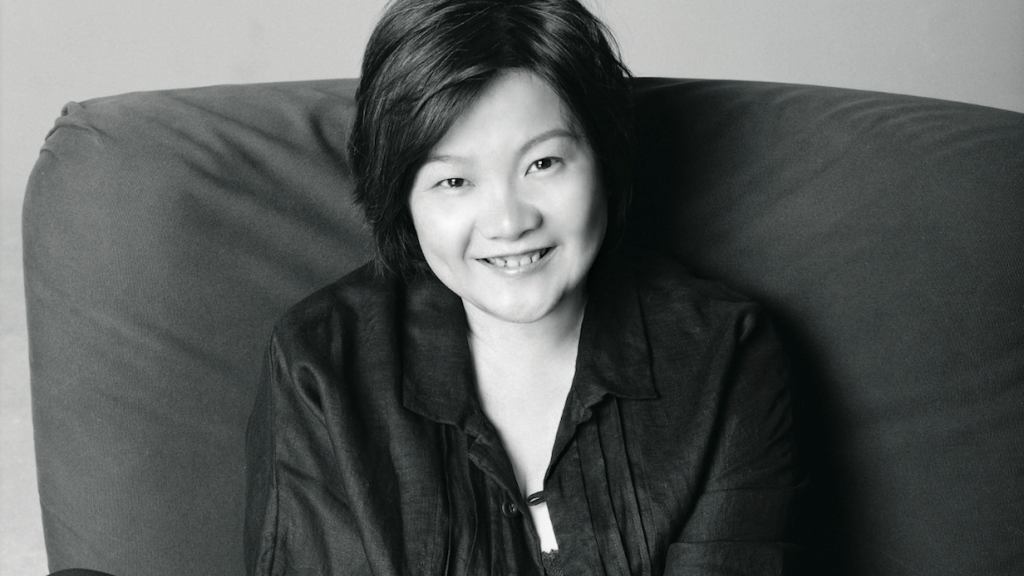 Fashion and media entrepreneur Hung Huang does not shy away from controversy. Her groundbreaking Chinese fashion magazine iLook once featured allusions to Internet censorship on the cover, and she takes on social and political issues before her 10 million-some Weibo followers. “China’s Oprah Winfrey” straddles two worlds: she has made her life in China, but she holds a U.S. passport. Her mother, Zhang Hanzhi, was Mao’s translator and English tutor, and Zhang’s second husband served as foreign minister in the 1970s. When Zhang was suspected of collaboration with the Gang of Four and put under house arrest, the young Hung was sent to the U.S., where she stayed to earn her bachelor’s from Vassar College.

In a 2012 opinion piece published in Southern Metropolis Weekly and translated below, Hung struggles with her outspokenness on Chinese social media and the complexity of her national identity. Her essay has circulated on the People’s Daily forum and other websites in the past few days.

Should I Just Shut Up?

The concept of “nationality,” to me, is difficult to discuss. I’ve never hidden the fact that I hold a U.S. passport, but I also have never actively sought to explain that I’m an American citizen. In the middle of the night last week, after I reposted some Weibo posts calling for deeper reform, I received an extremely civil and rational private message, asking, roughly: Aren’t you an American? Why don’t you pay attention to your own election? Why insist on following our politics? I replied that I’m more interested in Chinese politics. He asked if I viewed Chinese politics as some kind of “joke.” I told him I did not, that I was earnestly interested in the political reform and development of the place where I was born, because I was an overseas Chinese. Then, he sternly quoted a Chinese law which states that “overseas Chinese” are defined as ethnic Chinese persons living outside of China’s borders, not those living within Chinese territory. I didn’t look up the regulation, but I had a feeling he was right. For a moment, I didn’t know how to respond.

I know a lot of people feel that someone like me, living in China with a foreign passport but still spouting dissonant opinions every day, should just get out. If I dislike China so much, what am I still doing here? This makes me uncomfortable, but I have to admit that it’s not totally unjustified. I once asked the same question of Chen Danqing: Considering our circumstances, why choose to stay in China? Why keep complaining? He didn’t give me a very good answer, and I didn’t ask further. But I’ve been asking myself this question constantly.

First, my feelings for my family are unquestionable. I love them, and I cannot leave them. If they are here, then I must be here, because I need them. My family also reminds me that I should keep my mouth shut. Why do you always want to voice your opinion, speaking all these truths? Like I’m the only one with a sense of justice. I, too, am often scared. If my visa was revoked, I’d be separated from my family. This is my weakness. I would go crazy. So this adds to why I don’t like to talk about nationality. If I were rational, if I knew what was good for me, I really would just shut my mouth.

So I reflect on why I can’t just shut up. If I say it’s out of a sense of justice, even I think that’s pushing it. If I say it’s out of love for my country (China), then I must ask myself: is it possible to love China in an American way? Does China need that kind of love? Do I hate them? I don’t, but just like the people cursing me online have said, I have been a beneficiary of this system ever since I was born. So I have no hatred. All I can say is that I absolutely cannot stand some of the realities of Chinese society. I feel that everyday people are suffering, and I want to speak up.

But what can I change by speaking up? Maybe nothing. In this society, change comes from the top down. What the hell does it matter what I say? One word from the top, and the world can be turned upside-down. So do I want to use talk about reform to get ahead? I’m over 50 years old. In a patriarchal society, a fat old woman really can’t do much besides provide comic relief. Am I pursuing an economic goal? It seems that I can’t make a lot of money if I don’t shut up, since everything here is linked to power. If you want to be rich, you still have to depend on the government. I really have no reason not to shut up.

I have no reason to keep on uselessly running my big mouth. Neither can I find a great way to explain why I won’t close up shop. Though I am old and I ugly, I still insist on expressing myself. Why? All I can offer are the lyrics to a Leonard Cohen song:

Yan Xin: Opposition and the Legitimacy of State Power