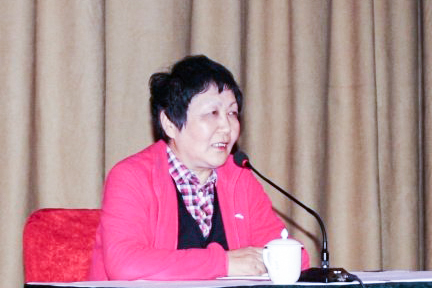 Will the time ever be right for China’s leaders to make public their personal wealth? Party deliberation on a disclosure system seems to have fizzled. Citizen advocates for officials to disclose are now serving prison sentences. Meanwhile, exposés on the personal wealth of leadership and their families, including President Xi Jinping, former premier Wen Jiabao, and former security czar Zhou Yongkang, are censored, and the media outlets who released the reports blocked.

Ma Xiaoli, a retired cadre in the United Work Front Department, wrote to the Central Committee about this very issue in February, appealing to Party values and calling on them to make financial disclosure happen at next year’s 19th Party Congress. She and four other signatories never received a response. On July 1, Ma published the letter in the overseas paper Mingjing News. This is the second open letter Ma has published this year: the first, in May, criticized a performance by the girl group 56 Flowers that seemed to glorify the Cultural Revolution.

CDT has translated Ma’s open letter to the Central Committee in full below. The original is archived at CDT Chinese.

We have been members of the Chinese Communist Party for thirty, forty years, and longer. Four years ago, on February 15, 2012—right before the 18th Party Congress—we submitted four basic demands to the Central Committee on “public disclosure of financial assets.“ Unfortunately, we never received a response. Now the 19th Party Congress is approaching—it will convene in the fourth quarter of next year! We believe that it is imperative for us to resubmit these four demands to the Central Committee in order for the Congress to succeed. Therefore, before the Congress convenes, and in accordance with the Constitution of the CCP, we formally resubmit these four basic demands to the Party Organization, the Central Committee, and to Secretary-General Xi Jinping:

We know that after the 18th Party Congress, with Xi Jinping as Secretary-General, the Central Committee made massive accomplishments in fighting corruption and upholding honesty. Over three years of fighting tigers and flies, treating the symptoms as well as the causes, establishing rules and regulations, and pulling no punches, the Central Committee has basically contained the spread of corruption in the Party. We also know that in the early 1980s, the older generation of proletariat revolutionaries—including Hu Yaobang, Chen Yun, Peng Zhen, Deng Yingchao, and Nie Rongzhen—made multiple calls to establish a system for cadres and their dependents to report and make public their assets and incomes. They also ran experiments in several provinces among provincial-level party and government administrators. Over 30-some years, there were no fewer than ten high-standard, large-scale surveys and discussions on the matter. We also know that the Party Organization’s reporting requirements for leading cadres on personal matters are increasingly higher, more detailed, and more specific. The inspection and verification of submitted forms are also increasingly standardized and strict. And so on—all this is encouraging! Is it precisely because of this encouraging foundation for work that we have greater confidence in once again bringing up these four basic demands during preparation for the 19th Party Congress.

Our hope: that the 19th Party Congress will resolutely reject corruption!

Asset disclosure is an effective, internationally recognized system for preventing corruption among government employees. According to our understanding, 137 countries and territories have established disclosure systems for government employees. In this, there is no difference of culture or race, east or west, developed or developing. For an Asian power with 5,000 years of civilization and tradition, a nation of faith, discipline, and honor; and for the 80-million-member Chinese Communist Party that has governed for 67 years, we’ve already waited too long to create such a system! But, as they say, “if you lose a sheep, mend the fence,“ and “if you know shame, you will be courageous.” Ours is the Party that “represents the development trend of China’s advanced productive forces, the orientation of China’s advanced culture, and the fundamental interests of the overwhelming majority of the Chinese people.” Naturally, we should hurry to establish a countrywide system for Party and national leading cadres to disclose personal and family assets! We must start from the 19th Party Congress, from the delegates present at the Congress, from the Central Committee members-elect and alternates, and from the members of the CCDI! We hope that in 2016 China will become the next country to establish a system for government employees to disclose their assets!

At the very least, the Central Committee members and alternates and the members of the CCDI that emerge from the 19th Party Congress may take the lead and disclose their assets to the Party and the nation.

Our demand: that the 19th Party Congress resolutely reject corruption!

We are certain that our Party’s 19th Congress, under the firm leadership of the Central Committee with Xi Jinping as Secretary-General, will choose a new Central Committee that is trusted by all Party members and the vast majority of the masses; and whose brand-new political mastery, integrity, and outlook they endorse!

We kindly ask the CCDI and the Organization Department of the CCP to take time to study this.

Preparations for the 19th Party Congress are developing in an orderly fashion. Arrangements for the election and attendance of all major work units will soon be made. The time is ripe for us to put forward these four basic demands.

Please quickly provide us with a response to the above.

Read more about the push for financial disclosure via CDT.

Xi Jinping Thought to Be Taught in Universities