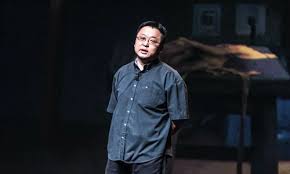 CDT is expanding its wiki beyond the Grass-Mud Horse Lexicon to include short biographies of public intellectuals, cartoonists, human rights activists, and other people pushing for change in China; and to archive and translate sensitive essays. The wiki is a work in progress.

Originally published by Luo Yonghao on his personal blog in March 2006, the English teacher (who has since turned tech entrepreneur) offered a long list of his dreams for the new Year of the Dog. Nearly 11 years later on the eve of the Year of the Rooster, Old Luo may be disappointed on several points.

Luo’s post came when China had just over 100 million internet users nationwide (by the end of 2016, the number had risen well above 700 million). This particular post represents the early days of China’s blogging era, and was among the first overtly political blogposts in China. State censorship policies and technology then coalesced to end China’s political-blogging era and make microblogs the primary platform for political netizen discussion. Similar trends have since muted much of the political discussion on Weibo, leading us into the current WeChat era.

I hope Chinese public officials know who pays for their food and clothes. I hope taxpayers do not avoid paying, even if they are not happy about it.

I hope those who do not have much money do not stretch themselves to buy a house, I hope those who have money in hand also do not buy right now, I hope all those being bought off by developers and claiming there is no bubble in the real estate market will buy lots of luxurious houses before the bubble bursts.

I hope all corrupt officials will live in greater fear, I hope those officials who are not corrupt can hold on.

I hope Chinese peasants can migrate freely in their own country, I hope city residents who oppose peasants migrating into cities will one day realize that they have no conscience.

I hope all websites will not have keyword filtering, and I hope any websites which set up this filtering don’t do so voluntarily.

I hope those who discriminate against homosexuals become objects of public scorn, and I hope of China’s gay couples can marry and also see their wishes fulfilled.

I hope those adults who always say “shoot the bird that sticks out its neck” and who, in good will, exhort outgoing young people to restrain their talents will one day know this: that there are some birds who come into the world to do what they think is right, not to dodge bullets. I hope those adults who, in ill will, attack those young people will get old a bit faster, and a bit faster still.

I hope the awesome people get awesomer, and I hope the stupid people will at least not be so stupid.

I hope our generation becomes mature instead of slick and sly. I hope young people stay innocent and honest, but not childish.

I hope that young lovers who burn with desire can find cheap, clean, safe places, and that adults in upscale hotels are as strong as ever.

I hope that the sexually liberated get on happily. I hope the sexually conservative hold themselves back enough so that they have no regrets. I hope people with STDs will be honest for once.

I hope Apple will come out with a black iPod that’s 120G or bigger. And I hope that before he dies, Steve Jobs will know the insanity, the inhumanity that is a genuine Apple brand 300 yuan iPod USB cord with not one bit of technology inside it. Actually, what I really hope is that his disappointing company can make an MP3 player that’s better than the iPod.

I hope my lawyer friends who give their assistance with such devotion have a very happy new year. In the new year, we’ll very happily sue! I hope that those who have violated our rights and await court are shaking in their boots.

One small, final wish (the least likely to come true): that the next generation of Super Mario isn’t 3D. [Source]