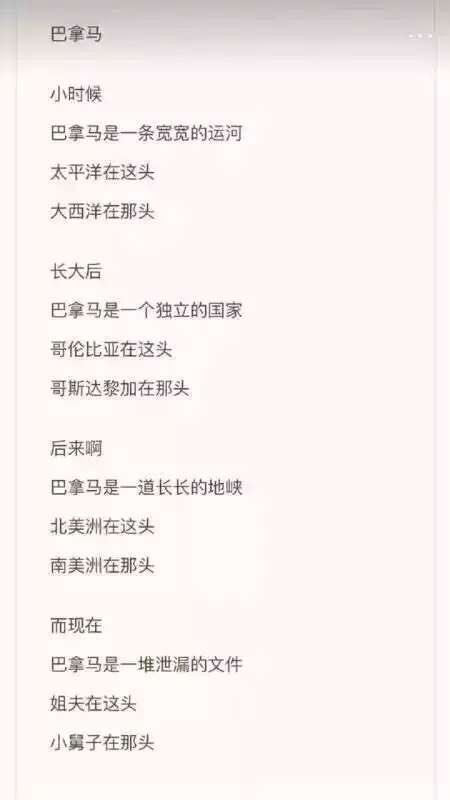 The Panama Papers revealed links between family members of several Politburo Standing Committee members and offshore shell companies. Among the names in the recently publicized leaks was Deng Jiagui, brother-in-law to Xi Jinping through his elder sister Qi Qiaoqiao. Deng’s reserves of wealth were previously reported by Bloomberg in 2012. Since the 2012 report, “brother-in-law” has been used by netizens to invoke their disdain for the high political connections of the wealthy elite. As censors scramble to keep the Panama Papers out of the news in China, the terms “Xi Jinping’s brother-in-law” (习近平姐夫), Deng Jiagui (邓家贵), and the pinyin Dengjiagui are blocked from search results on Weibo.

In the wake of the Panama Papers, a parody of Taiwanese poet Yu Guangzhong’s “Nostalgia” (乡愁), one of several poems in which Yu explores sentiment regarding Taiwan’s separation from the mainland, has been circulating online. CDT has translated the reworked poem, which ends with a reference to the Xi-Deng relationship:

Read more on the Panama Papers as they relate to China, via CDT.