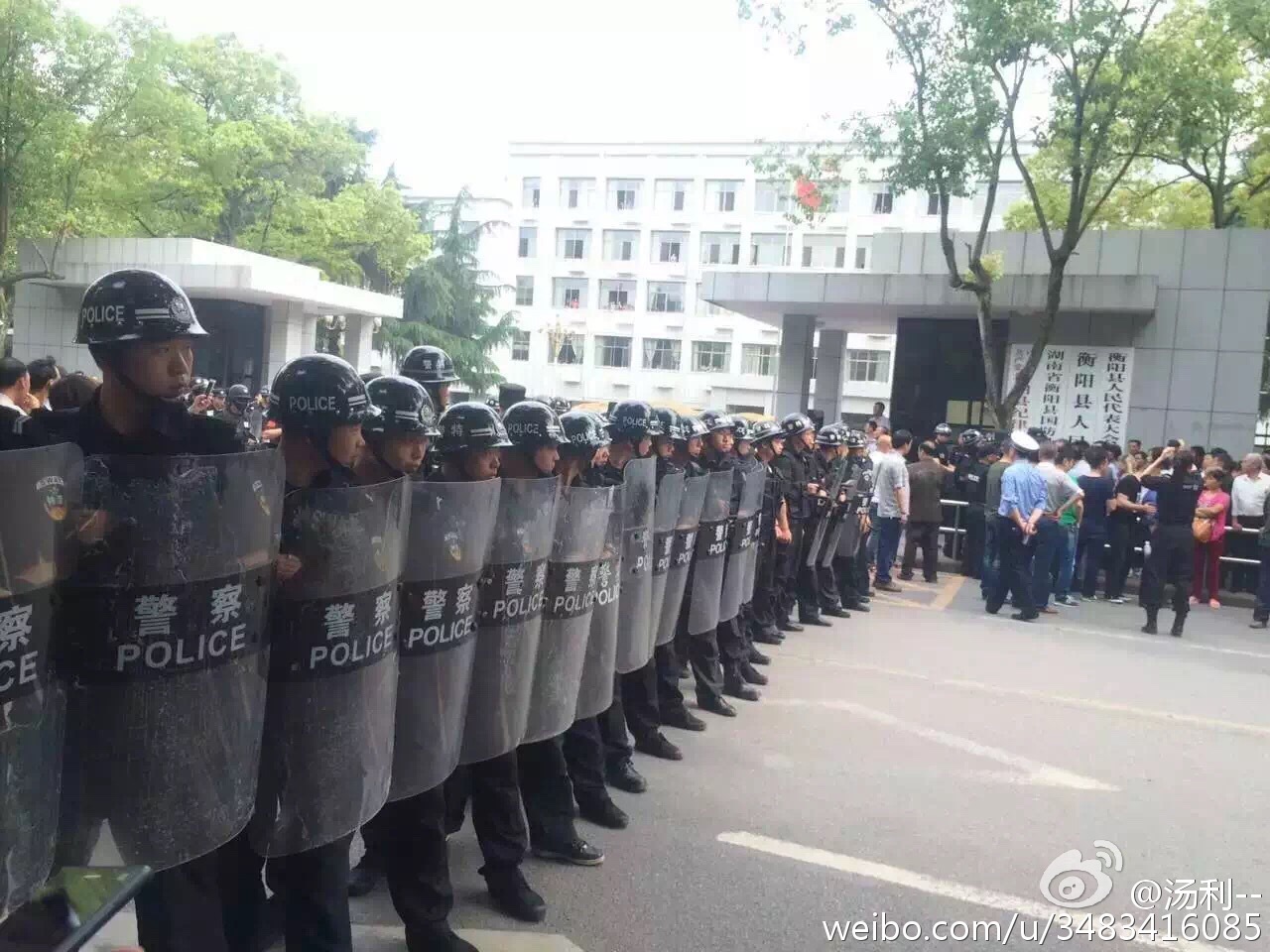 Laura Zhou at South China Morning Post reports that authorities in Hunan have summoned riot police after thousands of teachers converged on government buildings this week, joining a demonstration that began on Tuesday over unpaid wages and benefits.

“We want a life”, “we want our salaries,” “we want to defend our rights”, teachers shouted or demanded on banners, a video of the protest showed.

Scuffles broke out between police and protesters, but no one was injured, the report said.

Many teachers travelled from towns and villages around Hengyang county to attend the protest, according to the article.

A protestor claimed staff had been docked wages and social insurance contributions for over 20 years, while some had also been overcharged for other administration fees. [Source]

Protest monitor Wickedonna wrote that at least ten participating teachers had been taken into custody as of Wednesday. Photos detailing the ongoing protests are available on Sina as well as Wickedonna’s Blogspot and Twitter pages.

The ongoing demonstration resembles a similar mass teacher protest that took place in Heilongjiang in 2014, where educators across the province went on strike in response to unfulfilled government promises to increase wages and related benefits. Meanwhile general labor unrest is growing across the country as China’s economy continues to slow. The government has responded to worker demonstrations with a heavy hand by publicly shaming and jailing protestors.