Word of the Week: Shanwei Form 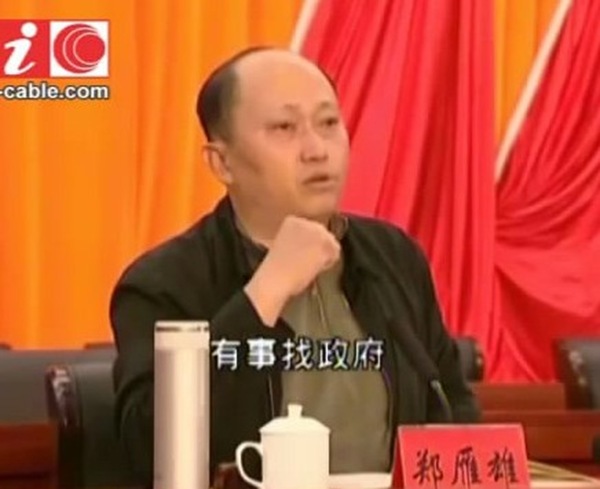 Rhetorical style originated by Shanwei Party Secretary Zheng Yanxiong that has been widely emulated by netizens.

Following the 2011 protests in Wukan village, Zheng Yanxiong—party secretary of Shanwei, the prefecture-level city in Guangdong with jurisdiction over Wukan—was recorded making statements defending leadership and blaming foreign media for the unrest in Wukan. The presence of foreign journalists at the protests in Wukan had garnered international support for the demonstration against land grabs and official corruption. Addressing the issue of the Wukan villagers requesting foreign media attention, Secretary Zheng stated:

Finding several reporters to make a scene, thinking that the more the press defame me the more I will suffer, thinking the problem will get me fired. What good can come of getting me fired? They will just send another mayor down here, and I bet he won’t be any better than me… There is only one group of people that is feeling the pinch every year. Who? Those who are government cadres, including me! It was never this tiring to be a municipal secretary before, we now have to manage everything. The rights we enjoy are decreasing, the means we can use are decreasing, but our responsibilities are increasing every day, whereas ordinary folks are becoming more and more greedy, more and more clever, more and more untamable… If the foreign media is trustworthy, then a sow can climb up a tree.

His comments were rapidly picked up and parodied by netizens, who used his statement as a blueprint for a rhetorical style they dubbed “Shanwei form”:

What good can come of getting divorced? You’ll just find someone else and I bet he won’t be any better than me. There is only one group of people that is feeling the pinch every year. Who? Men, including me! It was never this tiring to be married before. Now we have to manage everything. The amount of stress is greater every day, wives’ demands for affection are greater every year, prices are higher every year. If wives are trustworthy, then a sow can climb up a tree!

What good can come from me working overtime? You’ll just find another worker and I bet he won’t be any better than me. There is only one group of people feeling the pinch every year. Who? The staff, including me! It was never so tiring to be on staff before. Our salaries are decreasing each year, and each year the work is getting harder. Do you leaders think we don’t need money? If our bosses wallets can shrivel with every day of achievement, then a sow can climb up a tree!