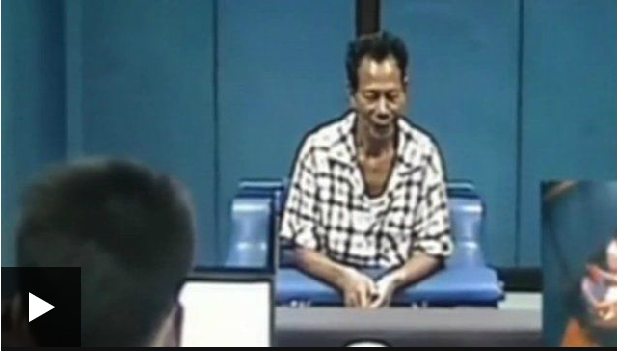 Regarding former village committee chief of Wukan, Guangdong, Lin Zuluan being investigated and admitting his guilt, websites are strictly prohibited from releasing or re-publishing any news, photos, video, or information related to the mass incident in the village. All websites are to strictly control related commentary, firmly punish the accounts of those who maliciously distribute information, and report progress to superiors. (June 21, 2016) [Chinese]

In the early morning of June 18, Lin Zuluan, the elected village committee Party chief of Wukan, Guangdong, was detained. Thousands of Wukan villagers protested for his release, also demanding the return of public land sold to developers five years ago. Authorities detained Lin over accusations of abuse of power and accepting bribes. In a conversation publicized online and broadcast by CCTV, Lin admits to taking “huge kickbacks” from the land transactions, but some in Wukan believe that the confession was forced. From The New York Times:

The statement was quickly called into question by Mr. Lin’s wife, Yang Zhen, who told reporters that she believed his confession was forced. “This is just to trick people,” she said, according to Apple Daily, a Hong Kong-based newspaper. “He is very clean.”

[…] Local officials have taken other steps to undercut the protests in Wukan. They have sent riot police officers and warned residents against “drastic measures.” [Source]

Lin’s alleged admission of guilt is the latest in a series of televised confessions aired by state media. Critics have argued the trend compromises the rights of suspects and harm the integrity of the legal system, and a recent (and now deleted) article from Global Times on the topic fell short of defending the practice. Coverage from Voice of America notes that Lin appears to be reading the allegedly spontaneous confession.

Reuters’ James Pomfret reports on Wukan protesters’ rejection of the video amid their continuing demonstrations:

[…N]early a thousand villagers, including children and the disabled, disputed the video, demanding his release in a long procession around the village, ignoring warnings from authorities to not stir up trouble.

“We’re not afraid of them,” said one villager, Li Junmin, who heckled a group of riot police outside a police station as he passed. “We’ve not done anything illegal and are just demanding what’s right. Why would they get us for that?”

Many protesters, in a sign of the delicate balance between different layers of authority in China, also waved red China flags while chanting “long live the Communist Party of China”. [Source]

The South China Morning Post has further information on moves made by authorities seemingly aimed at framing Lin, and notes that a municipal official has accused Hong Kong media outlets of inciting the protests in Wukan:

One resident said her son was forced at school to sign a document stating Lin had received bribes, and those who refused to sign were not allowed to leave. Other villagers said the school extended its hours to prevent pupils from joining the protest. The school denied the allegation.

A Shanwei official accused Apple Daily and Initium Media of inciting, planning and directing protests at the village.

Shi Shuoyan, the head of the city press office, was quoted by mainland media as saying: “We welcome overseas media to interview and report, according to the law and regulations, objectively and fairly.

“However, a few overseas media, such as Apple Daily and Initium Media, have been inciting, planning and directing in Wukan. We will take measures according to the law.” [Source]

International media organizations closely covered the 2011 anti-corruption protests in Wukan and the resulting 2012 elections that brought protest leader Lin to office, and Party officials then also attempted to blame foreign media for the village unrest.

At The Diplomat, Ankit Panda recalls the 2011 Wukan land grab protests and the democratic experiment that followed, noting that this most recent episode may signal an unproductive end to the “Wukan moment”:

We don’t know how this latest episode in Wukan’s democratic story will end, but already reports suggest that anywhere between two to three thousand people are publicly protesting at a local police station. It’s notable that Lin was brought in for corruption charges too. Chinese President Xi Jinping has famously sought to weed out corrupt officials at all levels of Party business, and China watchers don’t doubt that Xi’s deployed the feared Central Commission for Discipline Inspection for political ends in the past. Finally, China’s powerful state censorship apparatus has already taken to blocking the terms “villagers” and “Wukan” from popular social networking site Weibo.

Bringing Lin down does send an important message to provincial party chiefs who may consider Wang’s 2011-2012 precedent as a model worth emulating. After all, the original Wukan episode took place under the last generation of CCP leadership, under Hu Jintao. Wang, who developed a reputation as a ‘liberal,’ not only for his intervention in Wukan, but for his progressive ‘Happy Guangdong’ development model, was a Hu protege. In contrast to the Hu era, Xi’s project to consolidate power under the centralized leadership of the Party necessitates the erosion of any idea that the sort of flexibility shown in 2011 could be tolerated.

[…] In any case, Lin’s arrest doesn’t bode well for the Wukan experiment and could be the end of the Wukan story more broadly. In some ways, the 2016 protests will offer a real world test of exactly how different the Xi-era response to popular uprising can be to the Hu-era leadership. As of this writing, the protests continue. One hopes the protesters and Lin find a satisfactory and just solution to their predicament, free of coercion or violence. [Source]

At Foreign Policy, Bethany Allen-Ebrahimian reports on the censorship of social media activity supporting Lin Zuluan and the Wukan villagers:

As often happens during protests, Wukan residents soon took to the internet. They posted videos and pictures of the village surrounded by police, and shared images of recovered surveillance video of Lin being taken away in the middle of the night. But in what has become a common tale pitting netizens against China’s increasingly controlled web, many posts were quickly taken down in a swift flurry of censorship. On June 19 and June 20, “Wukan” and “villagers” were the most censored terms on Weibo, according to censorship tracker Weiboscope, operated by the Journalism and Media Studies Center at the University of Hong Kong. Lin’s account is now deactivated. After the extensive elimination of Wukan-related posts and comments, only a few news stories from certain media and updates from government accounts are still available on Weibo. In an open letter published online by the local police department, villagers have been asked to cooperate with Lin’s investigation and to avoid “extreme actions.”

Only a fraction of the hundreds of comments that poured in on social media remain, but what’s left evinces support of Lin and the villagers. A user who claimed to be from Wukan wrote, “Secretary Lin is the one we voted for, one person, one vote. Our Wukan needs Secretary Lin.” The user also disavowed the strong police showing to arrest a “more than 70-year-old man.” Another added, “Everyone in Lufeng knows about this. He is a white-haired old man fighting for his people. He’s been laden with trumped-up charges.” One Weibo user asked if the act was “revenge” for Lin’s previous activism. [Source]

A villager who posted on WeChat about #wukan has just been arrested. https://t.co/XfndHoTQCA

CDT Chinese reports that a public WeChat account affiliated with the Beijing News has been blocked after sharing news about Lin Zuluan which asked for proof towards his guilt.